by Jen Carlson
Mark Rudd is best known for being a founding member of the Weatherman (also known as the Weather Underground), an organization comprised of radical lefts that partly stemmed from Columbia University's Students for a Democratic Society (SDS). Upon formation the group got their name from the Bob Dylan lyric, “you don’t need a weatherman to know which way the wind blows,” but unlike the pacifistic folk singer, they were known for their violent campaigns. Following an accidental but fatal explosion at a Greenwich Village townhouse in early 1970, while preparing for bombings at both Fort Dix U.S. Army base and Butler Library at Columbia University, the organization's members went even further underground, and by the end of that year were on the FBI's ten most-wanted list.

Currently Rudd is living in New Mexico and telling his story for the first time in a new book. He is in town this week for two readings, and yesterday he told us about his decision to leave the group, the Ayers-Obama controversy, and not being able to address the family members of those who died because of the WUO.

Growing up in a suburb of New York City, what were some of the things that influenced you back then, and got you looking at the world differently? Probably it was high school exposure to the beat poets and to the folk song movement, typical stuff for suburban kids at the time who aspired to be intellectuals. I subscribed to the Village Voice, read the New Republic, which was left-liberal at the time.

What books, music, activist groups introduced you to/led you down your path? I listened to Pete Seeger and Woody Guthrie and Sonny Terry and Brownie McGee, read Kerouac and Ferlinghetti and Ginsberg, of course. Millions of other white kids at the time had the same influences. I knew no one in the civil rights or peace movements and no one in my suburban synagogue had ever heard of the concept of "tikkun," to the best of my knowledge.

What inspired you to finally write a book about the Weatherman? Two events conspired in 2003 to make me reconsider the book, which was at that point a rough draft in my closet, moldering there for the previous 15 years. First, the war in Iraq produced an upsurge in young people's interest about the Vietnam anti-war movement and second, the tremendous response to the "The Weather Underground" documentary made me think I should tell the story. I started talking with young people who are organizing now and realized that they very much wanted to know what was good organizing and bad. My story has both. 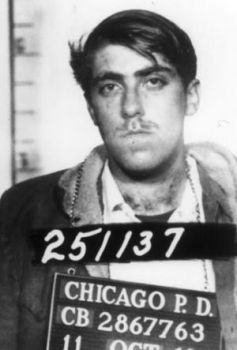 Are there any anecdotes from that time that you can share, that possibly didn't make it into the book? Probably enough material for another whole book was dropped onto the cutting-room floor, so to speak. My brother, eight years older than I, once delivered some money to a woman I sent as my emissary while I was a fugitive. She abused him so badly, calling him names like "bourgeois" and telling him that after the revolution we'll kill everyone in our family (at least that's how he remembers it), that he vowed never to get involved again. Years later he read about the exact same incident in Philip Roth's novel, "American Pastoral." I wonder if Roth had my brother's house bugged.

Can you tell me a little bit about your time in New York in the 70s? What was the day-to-day like for the Weatherman back then? Anxiety-filled boredom, mostly involved with daily life concerns like work and security issues (clean licenses, ID's, cars), and complete isolation from the mass movement that used to be my oxygen.

Have you ever addressed those who had family members that died because of the WUO? No, I haven't had the guts. I thought maybe they'd think I was being self-serving, which in a way I would have been. Also I didn't want to stir up their bad memories out of the blue.

Were you a part of the Timothy Leary prison break? Do you believe he was feeding authorities tips on the group? I was a minor helper in preparing the car and a safe apartment. I wrote about this at length in the book. I don't think Leary was feeding the authorities tips at the time (1970), but I do know that he told them everything he knew in 1973 after he was busted in Afghanistan. He actually told more than he knew, such as that he met me, which was untrue. He talks about all this in Confessions of a Hope Fiend.

What ultimately led to your decision to leave the group? At the time, in 1970, the first year, I thought I wasn't strong enough to be the revolutionary I was posing as. Years later I realized that I didn't believe in our strategy which I had fought for, armed struggle. Literally, abandoning the mass movement made me weak. I was still a fugitive, though, and remained underground for six more years. Loyalty to one's ideas and comrades can sometimes be a terrible problem.

What do you feel would be the best way for activists to go about ending, or voicing their opinions on ending, the war in Iraq? It always comes down to organizing—figuring out a strategy to get people together, make their voices heard, building as broad a movement as possible. The models, such as the civil rights and labor movements are old, and the method of organizing has been lost to most young people. I guess they're in the process of figuring out an appropriate organizing model for now. Coalition and growing the base are concerns which are yet to be addressed. But they will. My book is a story of good organizing (Columbia) followed by bad (Weatherman).

What was your reaction to the Bill Ayers/Barack Obama controversy? I kept thinking, "Okay, the Weather Underground killed exactly three people, all our own comrades. How many people did John McCain kill by dropping thousand-pound bombs on cities and towns from 10,000 feet in the air?" Besides the obvious guilt-by-association opportunism of the McCain (and before that the Clinton) campaign, there was also a hidden subtext concerning refighting the war in Vietnam. Of course Obama had nothing to do with any of that, but I would have loved to see a mano-a-mano matchup between Bill and John McCain, an obvious mass murderer and terrorist.

What did you, and do you think of previous and current administrations? I have not liked any president in my lifetime until Obama. But he needs a mass movement to push him to the left. Otherwise he'll remain a centrist, and nothing will be accomplished. The long term goal is to shrink the military, use the money for domestic needs, and provide security through diplomacy and international law. It will take an enormous struggle to change the direction of this country from the free-market militarism which has been in power for the last 28 years, and the global empire-building that has characterized US power for more than a century. Obama is the first opening toward this I've seen in my lifetime, even greater than 1968, when, as a result of the impending defeat in Vietnam, the revolution was only imagined.

How have you seen the city change over the past few decades? I left NYC in 1978 and moved to New Mexico. I've visited here often and seen all the superficial changes that a visitor sees. Though I appreciate New York, I couldn't imagine moving back since I'd miss my garden and my friends and the land and the sky and the desert and...I could go on. But someday I very much would like to spend a month seeing a different movie or two everyday. Now that would be fun. I think I'd need to live in the Village to be able to do that easily.

If you could change one thing about NYC right now, what would it be? Social segregation, especially by class and race. That's the original condition which repelled me in 1978.

#interview
#Mark Rudd
#weatherman
#Weatherman Underground
#WUO
Do you know the scoop? Send us a Tip