Mark David Chapman Gets Conjugal Visits; Up for Parole 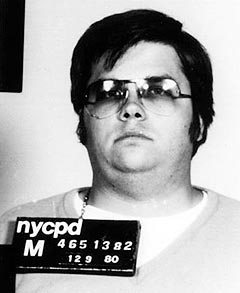 The Daily News takes a look at Mark David Chapman's time behind bars at New York's Attica Correctional Facility; the man who killed John Lennon is up for parole for a fifth time this week. In 2000, Yoko Ono wrote a letter to the parole board, referring to Chapman only as "the subject" and asking that he not be released because "With his one act of violence in those few seconds, [he] managed to change my whole life, devastate his sons, and bring deep sorrow and fear to the world." She recently reiterated those sentiments, and fears that his release would leave her family unsafe--the board has also received around 50 letters from Lennon fans this time around.

It recently came out that Chapman had written a letter of his own, in 1986 to a memorabilia specialist from New Jersey inquiring how much his signed Lennon album would be worth. He writes, matter-of-factly, "On December 8, 1980 I shot and killed John Lennon. Before this, earlier in the afternoon, I had asked him to sign his Double Fantasy album. He did this, also signing the date: 1980. I then placed this album behind the security guard's booth where it was found after my arrest." He continues on to write that he has tried to get the item back, and insinuates that ultimately he would like to profit from it.

Meanwhile, the News also reports that Chapman "has been enjoying conjugal visits with his wife [Gloria Hiroko Chapman] for at least 16 years" of the 28 he's been imprisoned. Under the Family Reunion program, he "gets to spend 44 hours straight with his wife in a special modular private homelike setting." Allegedly she visits about once a year.