Map: These Color Tiles In The Subway System Used To Mean Something

With so much going on in our city's subway system, even the most New York New Yorker may not know that the color tiles on the wall mean something. Or at least, they used to mean something.

The A, B, C, D, E, F, G, and Q lines were all part of the city-owned Independent Subway (IND), and each station that those lines ran through were given a different shade of one color (red, yellow, green, blue and purple). Under red, stations would be scarlet red, burgundy, and so on. According to 6sqft: 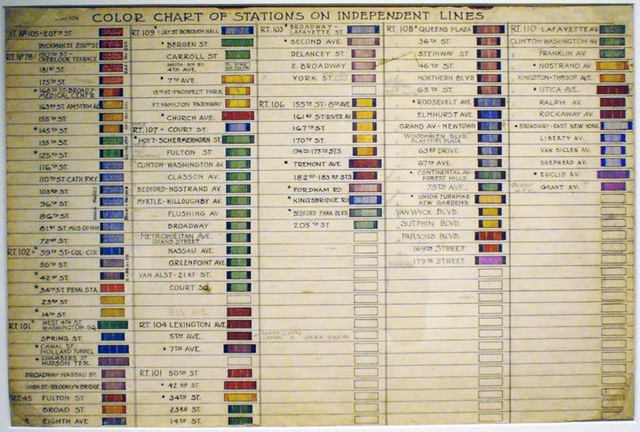 "Squire J. Vickers, the system’s architect, designed a special color coding system for each station. Color coded stations were then grouped between express stations to make riders aware of the zone they were passing through. At each express station, the color of the tiles would change. Some station tile color patterns have been altered with subsequent renovations. The system map is based on the original color coding sheet from 1930. After WWII, almost all new subway stations featured their own unique architectural designs and colors."

NYC Subway explains that "as you go away from downtown Manhattan, whether uptown or towards Brooklyn, the colors change each time an express station is reached. Thereafter, all the local stations have the same color (or color group) tiles as the preceding express station. This presumably was intended to serve as a means for helping passengers to remember where to change for the local on the way home from work." Imagine explaining that to a tourist? 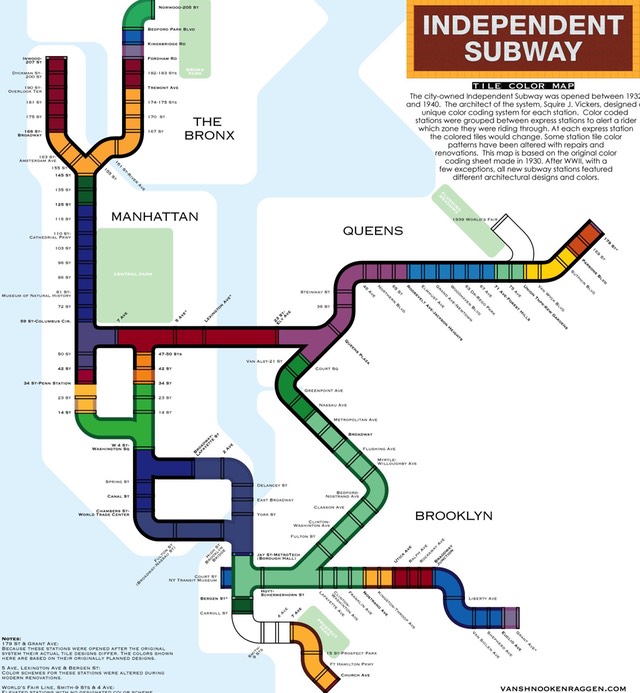 #color coding
#ind
#independent subway
#map
#subway
#tiles
Do you know the scoop? Comment below or Send us a Tip