MAP: How To Get To Randall's Island, AKA Festival Island, This Summer

Randall's Island has been kind of a savior to the big music festival scene in New York City, which looked like it was fading out just a few years ago. Now it's home to a number of concerts, EDM fest Electric Zoo, Panorama Fest (the Coachella of the East), and Governors Ball (who sort of paved the way for it all). This weekend the Island will be home to Governors Ball, seeing acts like Beck, M83, The Killers, Kanye West, The Strokes, and Robyn. But where is this magical Festival Island and how do you get there?

Randall's Island is located in the East River between Manhattan, Queens, and Hell Gate. It's not easy to get there, for most New Yorkers, but it's not as hard as you think. 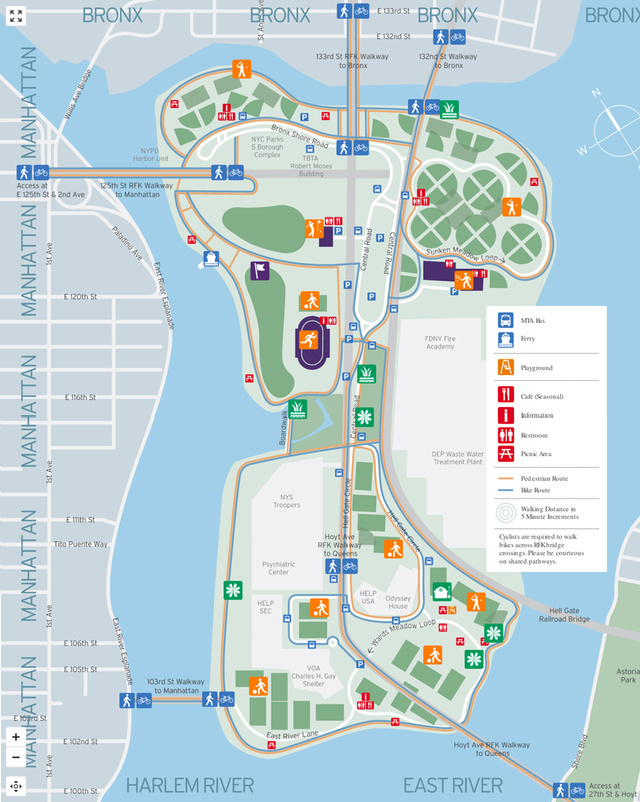 Take the 4, 5, or 6 train to 125th Street, where you'll have to transfer to the X80 express bus (located at 125th and Lexington). The X80 will take you directly to the entrance. The MTA has promised to run enough buses so that lack of space and long wait times shouldn't be an issue.

Feeling burdened by a transfer? You can also walk from the 125th Street station. Walk east on 125th street, cross the RFK Bridge, and you’re there—this is one mile, or about 20 city blocks.

You can also walk across the beautiful Wards Island footbridge from East 103rd Street in Manhattan (this bridge is now open 24/7). And if you walk from the Bronx it takes an estimated 15 minutes via the recently opened Randall’s Island-Bronx Connector.

Here are suggestions from the Randall's Island Park Alliance, where they have provided an incredibly helpful interactive map.

Festival Ferries will be traveling to and from Randall’s Island. The ferry will leave from East 35th Street Ferry Landing (at 35th and FDR Drive), starting at 11 a.m. and ending around 9 p.m. It's a 15 minute ride. For Governors Ball, you can buy tickets here.

Governors Ball is providing festival shuttle buses, which will run from 11:30 a.m. to 4:30 p.m., departing from Brooklyn Bowl (N. 12th Street and Wythe) in Williamsburg and bringing you directly to the Island. You can buy tickets here. Panorama will also have a shuttle, though it's unclear where the starting point will be.

You can bike through Queens up to the entrance to the Robert F. Kennedy Bridge in Astoria, and once you're over the bridge you're on Festival Island. You can also bike (or walk your bike) across the beautiful Wards Island footbridge from East 103rd Street in Manhattan (this bridge is now open 24/7); if you're coming from the south this bridge is preceded by a long, lovely ride through parks along the East River. And if you bike from 132nd Street in the Bronx it takes an estimated 8 minutes to get to the festival grounds. 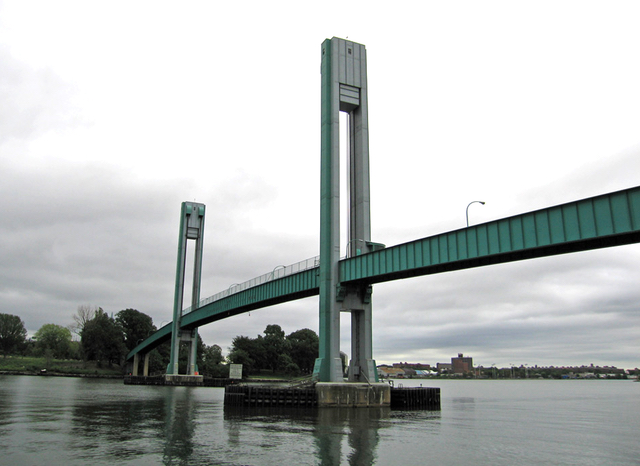 #festival island
#governors ball
#guide
#map
#panorama festival
#randall's island
#summer 2016
#original
Do you know the scoop? Comment below or Send us a Tip
A new Gothamist is coming! We’ve moved comments over to our beta site. Click here to join the conversation and get a preview of our new website.