Map: Here's Where Most TV & Movie Productions Film In NYC

That time Spielberg took over DUMBO. (Photo via vbadikov's flickr)

The Financial District is a favorite spot to film, according to a new data dump that highlights when and where both television and movie productions have set up around NYC for the past four years. Penn Station, Greenpoint, and the picturesque West Village were other top spots.

According to the data Renthop compiled—taken from film permit data collected by the Mayor's Office of Film, Theatre, and Broadcasting—Queens, Staten Island, the Bronx, and a big chunk of Brooklyn is underused by Hollywood, with most filming located in Manhattan and the Brooklyn Waterfront. 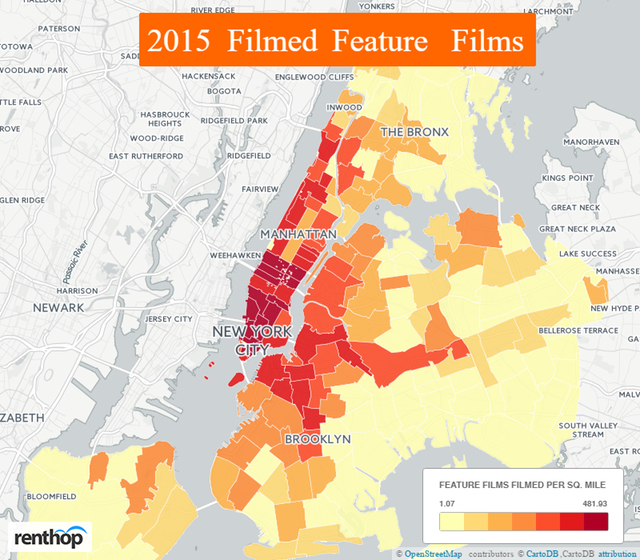 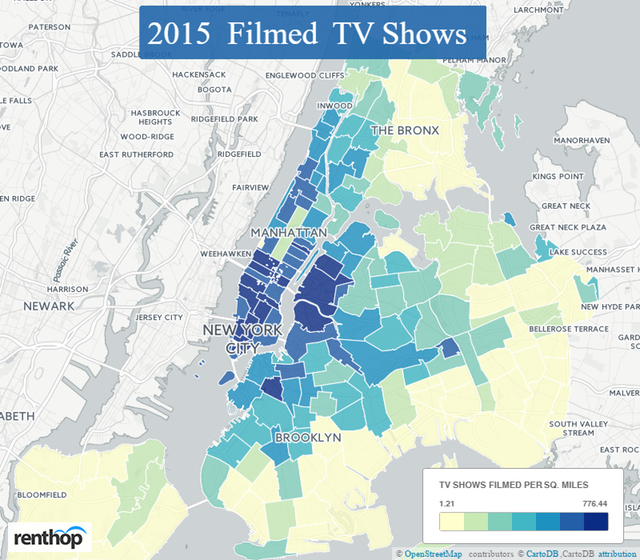 Meanwhile, some of the top TV spots were: the Financial District, Greenpoint, Civic Center, the Upper East Side, and the West Village.

On the maps you can see a fair amount of filming is done in Gowanus, which is likely thanks to Eastern Effects Studio, which is currently in danger of being shut down by the city following an alleged bureaucratic mistake that could demolish the state-of-the-art facility.

This data also shows an increase "of about 15% over the years in permits filed for television filming" in New York, however, a decrease in feature film permits was seen around 2014. The city's film industry "is vital to NYC by providing tens of thousands of quality jobs and benefits to our local businesses," as City Hall spokesperson Raul Contreras told us in regards to Eastern Effects current problem, so seeing a dip in permits, or the closure of a studio, isn't good for business.

We asked Renthop for some numbers, and here are some breakdowns from the spreadsheets they shared (spanning 2012 to 2016):