Manhattan's Ugliest Building Is Getting A Makeover

The Verizon Building has long been a festering boil of mediocrity on Lower Manhattan's otherwise stunning skyline. When standing on the Brooklyn side of the East River, the beige beast is positioned directly next to the iconic Brooklyn Bridge, meaning every shot of this majestic view is ruined by its very existence. The eyesore is not only visually appalling because of its dowdy design, it's also topped with a big red checkmark atop the word 'VERIZON.' Look at it: 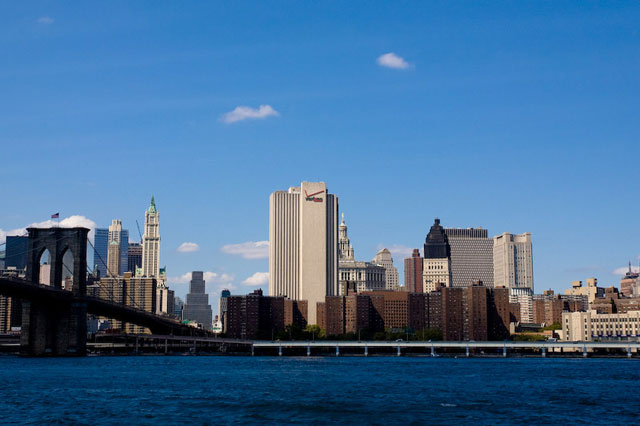 It is arguably the ugliest in Manhattan, which is an especially dreadful title given its location: it's not hidden away in the layers of Midtown, it's making up the city's iconic downtown skyline. It's right in the sweet spot, directly next to the one of our greatest and visually stunning landmarks. You can't escape it! 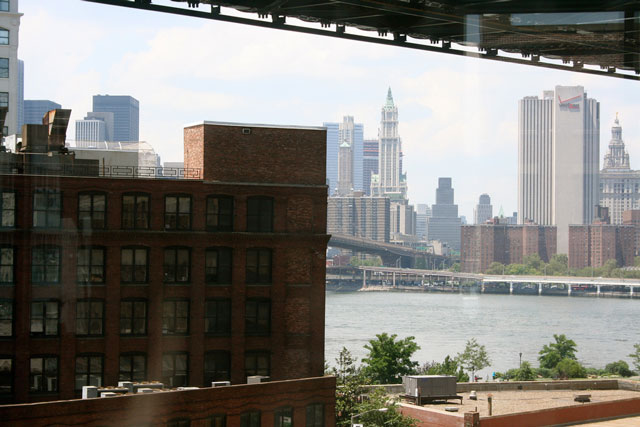 In 2008, a Brooklyn man was so offended by the building, which he would see while on evening strolls with his new paramour, that he somehow made headlines! At the time, Verizon said they'd just sold part of the building to developers, and planned to open up the facade with a "new glass curtain wall." And now, eight years later, it's all happening. The 375 Pearl Street building has now shed some of its bulky brown shell, and added some glass—this is the state of things as of this week: 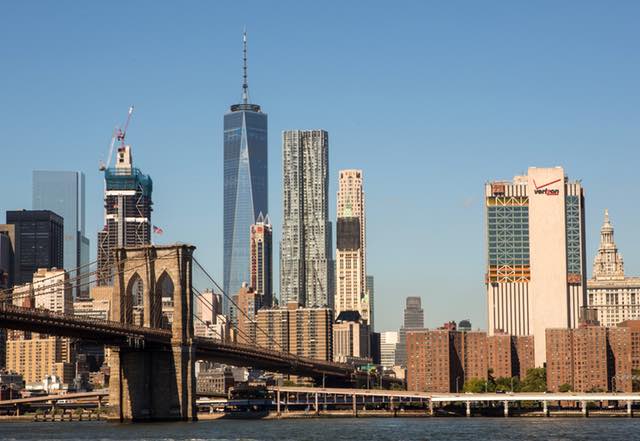 Sabey Data Center Properties is behind the renovation of the 32-story, 1.1-million square-foot building (originally designed by Rose, Beaton & Rose in the 1970s). The new plan will create 15 floors of office space, according to NY Yimby, with "three sides of the building on the new office levels receiv[ing] a glass facade." The renovation will be completed later this year. 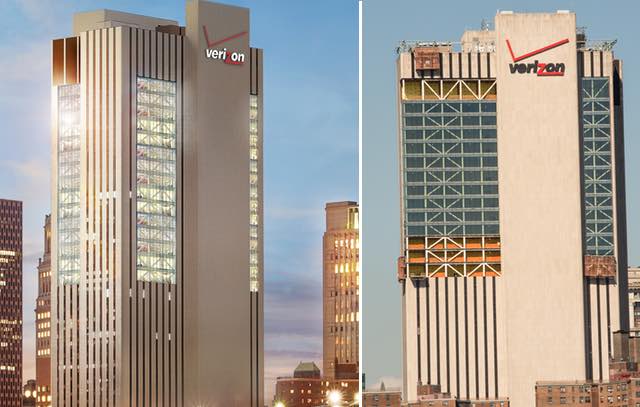 Sadly, the renderings show the Verizon checkmark still topping the building off.