Friends—who needs 'em! Apparently frustrated by his lack of real-life ping pong partners, this Area Man has turned to the friendly inanimate objects around him for companionship—and why bounce the ball off a wall when you can play against oncoming traffic on 34th Street and 8th Avenue. 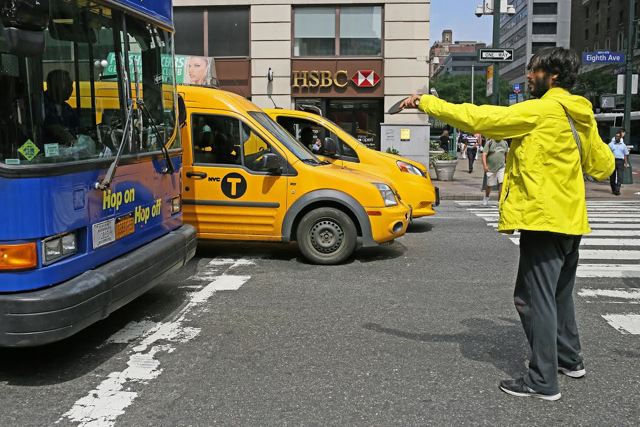 Tipster Rich Docherty didn't capture video of any of the matches, so we'll never really know who won. On one hand, buses lack both a competitive spirit and arms, making them naturally poor opponents. On the other hand, the man doesn't appear to have been crushed to death, so...win! Our Hero will later play a round of mini-golf with a 2006 Prius he met on Craigslist. 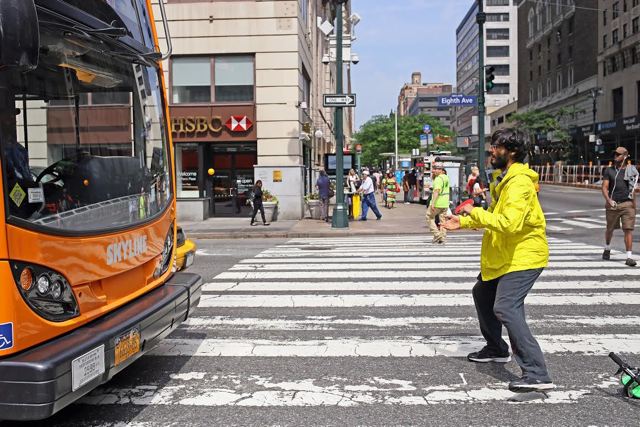 #bad ideas
#midtown
#ping pong
Do you know the scoop? Comment below or Send us a Tip