Manhattan Diner Now Covered With 9/11 Missing Posters For 'What Is Life Worth?'

Pedestrians on 3rd Avenue in Manhattan were confronted with a jarring flashback of post-9/11 NYC today: the Northeast corner of 16th Street and 3rd Avenue has been temporarily converted into a wall full of missing posters, similar to the ones that covered lampposts, walls, and Union Square park when people sought out the whereabouts of their family and friends following the 2001 terrorist attacks.

An assistant location manager confirmed to Gothamist that the display, emblazoned outside of the greasy spoon mainstay Joe Jr., is for the production What Is Life Worth, a Sara Colangelo-directed film starring Michael Keaton and Stanley Tucci that's been described as an "Erin Brockovich/Spotlight-type story." The production didn't film inside the diner itself, a manager told Gothamist. 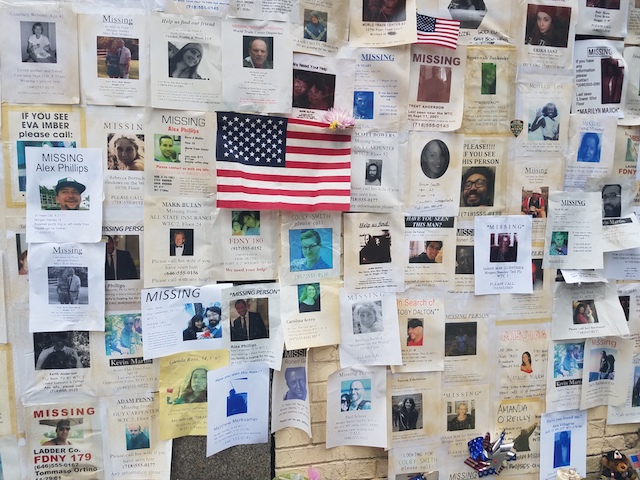 An up close shot of the posters outside the diner. (Gothamist)

The biopic, slated to shoot throughout New York City through mid-May, is an adaptation of Kenneth Feinberg's memoir of the same name. Feinberg was the D.C.-based lawyer who helmed the 9/11 Victim Compensation Fund, and attempted to determine how much money to give to survivors and victims' families.