"Louie" Executive Producer Talks About The Show Becoming A Drama 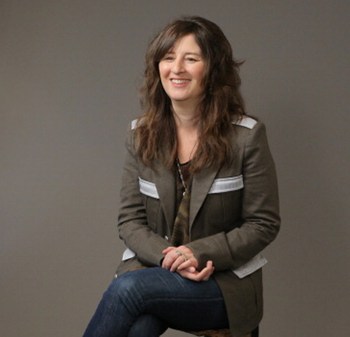 This week, we'll have a long interview with Louie executive producer Blair Breard all about the now-completed season four, touching on filming in NYC, recreating Hurricane Sandy, and the show's future. But since the season finale aired last night, here's an excerpt dealing with some of the controversy surrounding the structure and tone of the markedly more dramatic season. Note: this interview took place a few days before the season finales, "Pamela" parts 2 and 3.

Some people I've talked to have been confused by the way the season has been structured—despite there being two episodes per week, there have been a lot of multi-part episodes, like the "Pamela" ones, that have been separated by multiple weeks. Was that something you guys had planned for, or was this sprung on you [by FX]? Do you think that has been good for the show? We talked about it a lot. Even if we hadn't done two episodes per night, "Pamela" part 1 would have been followed closely with the "In The Woods" episodes, no matter what, even if they had played out every Monday for 14 weeks. That was a creative choice for Louis.

When we shoot the episodes we aren't sure what order they're going to air, so we had many conversations about how this season should unfold. And the first three episodes really felt much more typical of the first three seasons. Then we had this long six-episode arc, the "Elevator" episodes with Evanka (Ellen Burstyn) and Amia (Eszter Balint).

We felt it was important that "Model" and "So Did The Fat Lady," those experiences with those two different women, came before Louis met this woman Amia and they had this long story together. It wouldn't have made sense to start with that without first having him go through them. We felt similarly with the first "Pamela" episode, it doesn't really make sense for it to come that early in the season. We always really wanted the last two "Pamela" episodes to finish the season.

Some of the choices about the airing are really subtle and they're maybe not choices anyone else would care about or respond to. But for me they were very meaningful, and it was up until the very last minute that we were deciding on the order, particularly of the first three. We originally talked about possibly leading with "Model" or "So Did The Fat Lady," but "Back" is funny, it's light and the garbageman scene is really delightful, so it ultimately felt like the right one to start the season with.

One major critic at Vulture asked whether Louis could be "trolling" his audience and the internet with the way he structured the season. ["I wonder if he's airing the episodes in an order that encourages everyone to jump to conclusions that they'll have to retract, qualify, or amend later."] Yes, that's possible. He does not do anything without thinking about it for a long time. He's very, very careful and very methodical about the choices he makes in the way it airs. So I'm curious to see what happens after [the "Pamela" finale], how it changes how people saw the first part.

A lot of people have written about how Louie has tilted and become much more of a drama at this point. Do you think that's fair? Did you guys have a different vision for this season than previous ones? I do think that's fair. One of the things I talked about during the Paley Center chat [before season four started] is that whether we make movies or we make television, we're classified as 'romantic comedies!', 'comedies!', 'drama!', 'classics!', all these different labels, and the lines with Louie are blurred. [It fits in] with the television that's being made today, wasn't this the year that Orange Is The New Black changed from comedy to drama? Even season one, if you think about "Bully," I remember reading that when Louis gave it to me and saying, 'This isn't funny at all,' or the episode "God" in season one. He isn't in that episode, but there was a boy and he was in Catholic School. The teacher dropped him off at the church and he has commune and Tom Noonan explains what happens to a body when it gets crucified.

I read that and thought, 'Oh my god, this isn't funny at all. This is very dramatic and intense, how are people going to react?' But these are really human stories and we got very positive reactions, particularly to "Bully." So we're a comedy, Louis has his stand-up bits still and there are a lot of really funny things in our show, but there are stories that are a lot more dramatic and they are just real. I think each episode now still has a lot of humor in it, and they're processed through Louis C.K. and "Louie" the character's sensibility.

There's a lot of humor but they're definitely more dramatic, and he probably thought about that a lot before we started shooting—how are they going to react to this? This was probably less comedic than the other seasons. But, if you look at the first three episodes, as I was saying, I think they're much more in line with the first three seasons. And there's the longer narratives of the "Elevator" and the "Pamela" episodes that bring up a lot of issues that are thankfully being seriously discussed now on the news. So I think it's absolutely fair to say that it's more dramatic, more than it has been in the past.

Do you think that this movement to the more dramatic side of his personality was influenced at all by the cult of Louis C.K.? The fact that if he tweets about something, like Common Core, or goes on a late night show, it almost inevitably will go viral the next day. You're going to see it posted everywhere. Do you think that has changed how he's gone about writing and making the show? Well I think it'd be disingenuous to say that he wasn't aware of it. He's certainly aware of it. And I think that he does try hard to insulate himself to a degree as an artist. This is also why he took off for a whole year. I think he felt like he couldn't even walk down the street without hearing, 'Louie C.K.!' And he said he didn't have anything to write about. He needed to be able to just be a person so he could come up with stuff that's truthful and meaningful. He's a very, very intelligent and thoughtful person, and like everyone, he's grown and matured. And so the things that are interesting to him might be more serious now.