Look Into The Skeleton Of Madison Square Garden In 1966 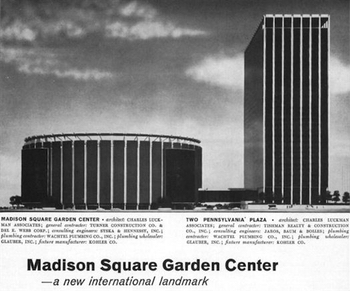 That photo is of the 4th (and current) incarnation of Madison Square Garden, as photographed from atop the New Yorker Hotel in August 1966. It's the beautiful shell of the concrete beast we know now.

The Garden opened on February 14th, 1968, but not after some resistance. As you may remember from Mad Men, or real life, there wasn't much public approval of the design, which called for tearing down the street level portion of Pennsylvania Station; a beautiful Beaux-Arts structure that called for dramatic entrances and long farewells. The opposition's outcry was so loud that it led to the creation of our city's Landmarks Preservation Commission. Of course, at that point they couldn't save the station, which had already been torn down... FOR THIS garbage: 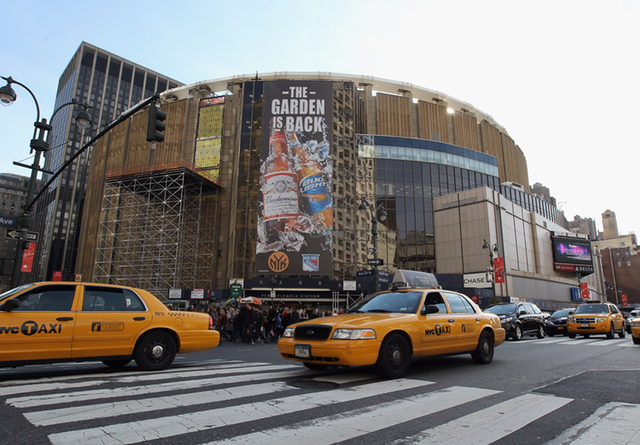 Here's a look back at the first, second and third Madison Square Gardens, which were all nicer. And did you know author John Steinbeck briefly worked on the construction of the third?