Look At All These Loser Presidential Campaign Signs In Prospect Park

Barring a militiamen uprising or bizarre electoral tie, by tomorrow morning we will know who our next president will be. But some questions will remain, like what to do with all those leftover signs, sweatbands, foam thumbs, pint glasses, pillows, and... more signs?

At least one election sign, specifically that of the losing candidate, will end up in Nina Katchadourian's "Monument to the Unelected," an ever-growing exhibit made up of political signs, both authentic (the more recent candidates) and imagined, that advertised the losing candidates of American electoral lore.

There's a sign for Theodore Roosevelt's botched Bull Moose Party bid, a "Re-elect Herbert Hoover" sign (Prohibition! Optimism!) and another for Thomas Jefferson. There are more recent names too, including Bush/Quayle, Gore/Liberman, Romney/Ryan, and McCain/Satan. All told, Katchadourian has compiled 58 signs, offering us a chance to look back at America's many missed opportunities (and dodged disasters). 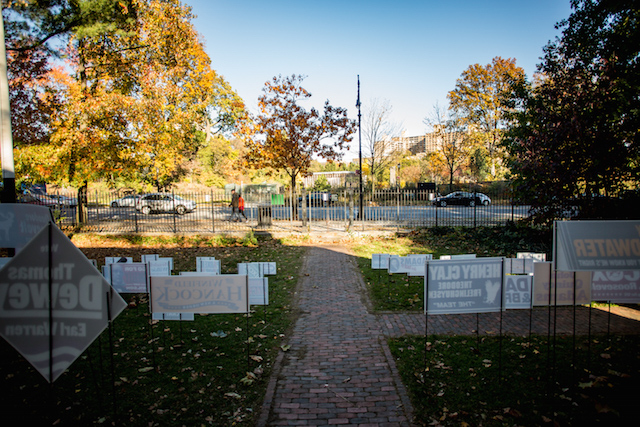 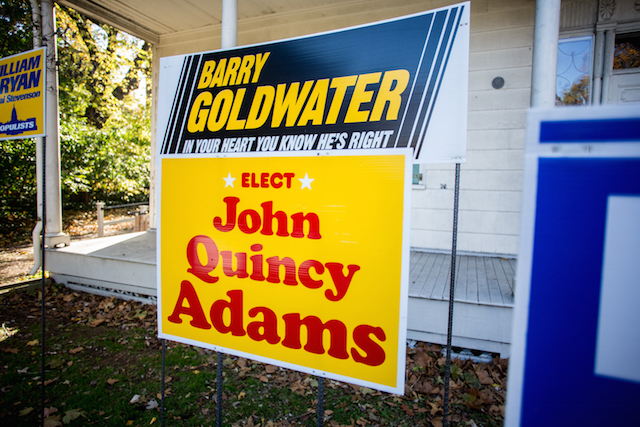 All of the signs have been stuck into the front lawn of Prospect Park's Lefferts Historic House and will be on view until November 13th. Those who stroll down Flatbush Avenue will glimpse a sign representing every major candidate who has run for president and lost in American history, with designs and slogans for the likes of Jefferson, John Quincy Adams, and other centuries-old names thought up by Katchadourian and designer Evan Gaffney.

"These markers tend to crop up in the weeks leading up to an election, after which they disappear, with some of the names going on to take office and others being largely forgotten," Katchadourian said in a statement. 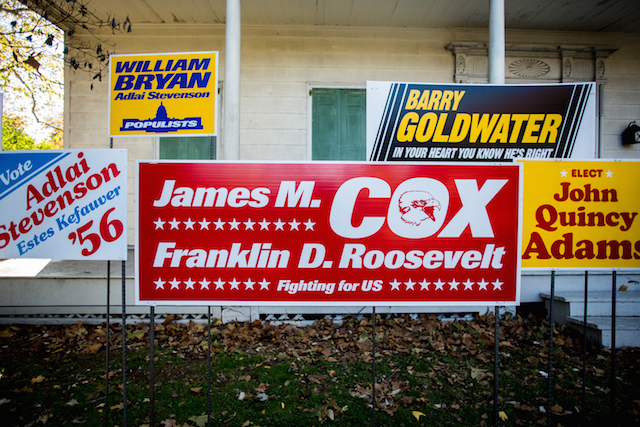 Simple and straightforward, the exhibit could serve as an oasis of peace and calm in the midst of this long election nightmare. Times goes on, candidates fade away. Someday we'll all look back on this and laugh. Or be dead!