Unless you're living in the Ninja Burglar-free paradise that is Staten Island, chances are that the ever-widening real estate market is eating up all your income, keeping you from taking that dream vacation to a remote Greek island. But what if there were a way to save hundreds of dollars on rent every month AND have the perfect vessel to carry you to the Mediterranean? If your stomach can handle a bit of seasickness, we have quite the opportunity for you.

Hannes Bend, a self-professed "European artist and scholar," is renting out his sailboat, a 28' Triton Pearson, as a houseboat on Craigslist. Affordable housing has never been so affordaBOAT before: "Currently it is moored on City Island, Bronx, NY, but could be taken to marinas in other areas (UWS, Brooklyn, Queens, NJ or Chelsea)," he explained in the Craigslist posting. "At 79th St Basin in the UWS, it would cost $1,550 total to moor it until end of October. So less than $300/month. A dinghy (small boat) and outboard would be needed. Other options (Liberty Landing in NJ) would have mooring but be more pricey. Still under $1,000 to live in NYC or NJ. In S Brooklyn, Kings Plaza Marina docking costs about $300/month." 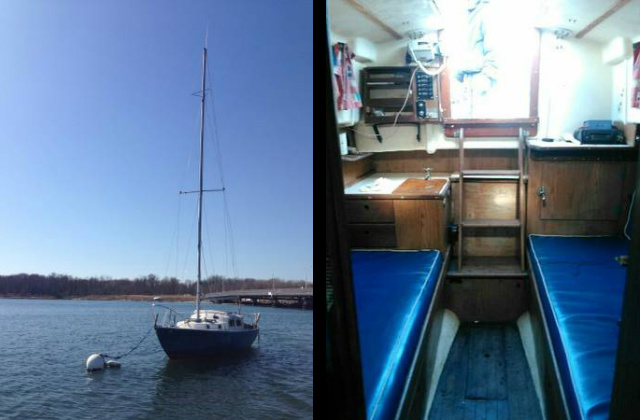 Bend lives on a smaller sailboat in Portland, which somewhat explains the incredible deal, although there is at least one pretty major catch: "I would like to sometimes stay aboard as well when in the city (few days a month). I ask for no money, but eventually the boat could be subletted [sic] when none of us would use it. Then we would split income." For what it's worth, Bend did confirm the sincerity of the offer to Brokelyn, and does have the kind of resume that suggests "hyperactive artistic type" rather than "creepy dude trying to audition his next victim."

We've contacted Bend to get more into the details about what it's like living on a boat off the city, but until we hear back, let the Lonely Island light up your imagination with dreams of nautical-themed pashmina afghans and dolphins splashing everywhere.

#craigslist
#deals
#hannes bend
#rent
#sailboat
Do you know the scoop? Comment below or Send us a Tip