Lindsay Lohan's Good And Bad Day: No Criminal Charges Yet, But Her Mom Accused Her Dad Of Rape

Lindsay Lohan, the Long Island native/star/train wreck, was due in court this morning to face charges related to allegedly assaulting a woman at a Manhattan club in November. But it turns out the Manhattan DA's office hasn't even finished its investigation of the incident— involving a psychic, a missing purse, a British boy band member and vodka—so Lohan has some time on her hands to contemplate her mother Dina's accusations that ex-husband Michael Lohan raped and beat her during their marriage. 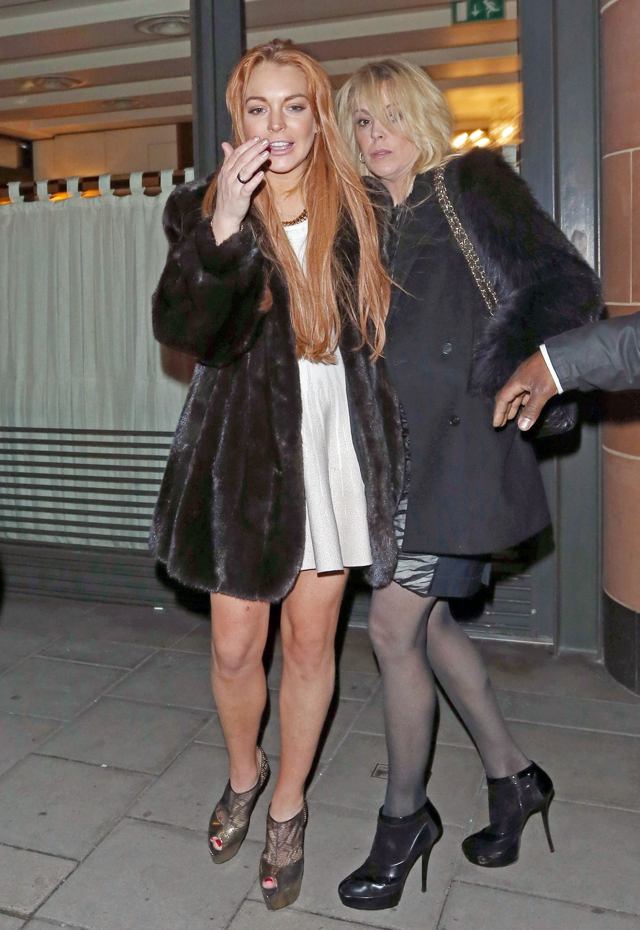 In late November, Lohan was arrested for allegedly hitting a clubgoer at a Chelsea nightclub. The woman, a psychic from Florida named Tiffany Mitchell, and Lohan had apparently exchanged words and a fight broke out. (Lohan may have thought Mitchell took a purse full of $10,000 in cash.) Lohan tried to leave the club, but Mitchell and her husband called the police to stop the starlet.

State court system spokesman David Bookstaver told the Post, "The complaint is not ready, but she is still required to come in [to the clerk's office] to officially be told that and to sign that she has appeared and be given a new date." The Post adds that its sources say "that the DA's office has spent the last month assessing the credibility of bottle-blonde, Palm Beach-based soothsayer Tiffany Mitchell, 26, along with the credibility of other eye-witnesses who they've interviewed from both the Mitchell and Lohan camps." Well, Lohan has felt that she's been unfairly set up many times. And Mitchell hired celebrity lawyer Gloria Allred!

In the meantime, the Daily News spoke to Lohan's mother, Dina Lohan, who explained, "Lindsay saw her dad abuse me — that’s why she’s so screwed up." In a 1986 incident, Dina Lohan said, "Michael beat the hell out of me," and showed the News a photograph of her holding baby Lindsay while she had a black eye. "When Lindsay saw the photo, she was furious,” said Dina. “She said, ‘Tell the world! Talk about it!’ She saw a lot of crazy stuff. I want the world to know the root of her problems."

Michael Lohan told the News his version of the incident, "I came in at 2 o’clock in the morning after being out with some friends. I walked in and she hit me with an ice tray. With the back of my hand I slapped her in the face. Yes, it did happen in 1986. Were there any charges? No, not at all. I had a big black and blue on my neck from her."

Lindsay Lohan and her mother were just in London to celebrate the birthday of Haji Abdul Azim, a prince of Brunei. Lohan was reportedly paid $100,000 and given a luxurious hotel suite to party with the prince.

#brunei
#dina lohan
#Lindsay Lohan
#manhattan da
#michael lohan
#tiffany mitchell
Do you know the scoop? Comment below or Send us a Tip