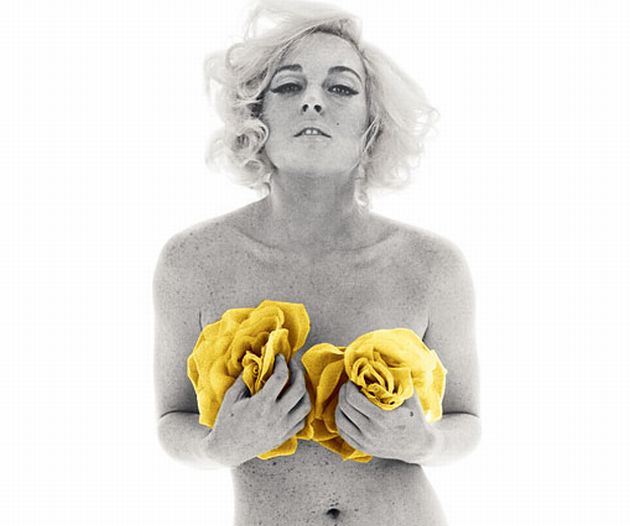 Lindsay Lohan by Bert Stern.
In 1962, photographer Bert Stern shot a series of photos (2,571 in all) of Marilyn Monroe at the Hotel Bel-Air that are collectively known as “The Last Sitting.” The 36-year-old Monroe was in the darkest period of her life, having weathered two recent divorces, gallbladder surgery and sickness during production of the romantic comedy Something’s Got to Give, from which she was fired and rehired. Six weeks after the Stern photo shoot, Monroe died from a barbiturate overdose in her L.A. home. 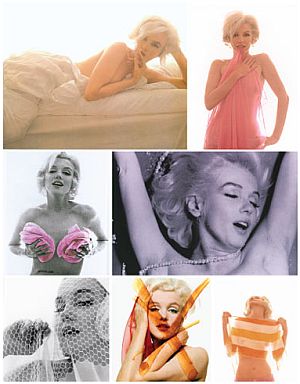 46 years later, Stern has revisited the series with Lindsay Lohan filling in for Monroe in a NY Magazine shoot that fastidiously replicates the original poses, lighting, and clothing. “It was very similar, déjà vu you might say, like revisiting an old street,” says Stern, who adds that the project arose from his interest in “controversial women,” or “bad girls,” like “Britney, Paris, and Lindsay.”

Lohan, who owns a lot of Monroe “stuff”, including an apartment the doomed starlet once occupied, seems to be in denial about the parallels between her troubles and Monroe’s last days, instead pointing to Heath Ledger’s death as “both prime examples of what this industry can do to someone.”

When asked during a break in the shoot why that fate befalls some and not others (hint, hint), Li Lo “replied with a flicker of annoyance: ‘I don’t know. I’m not them. But I sure as hell wouldn’t let it happen to me.’”

#bert stern
#But I
#heath ledger
#Hotel Bel
#Lindsay Lohan
#Marilyn Monroe
#nude
#ny magazine
#overdose
#paris
#photos
#The Last
#The Last Sitting
Do you know the scoop? Comment below or Send us a Tip