Lindsay Lohan On Latest Nightclub Arrest: "Why Does This Happen To Me?"

Lindsay Lohan is doing some soul-searching after her Thursday morning arrest for allegedly punching another woman at a Chelsea nightclub. According to a Page Six source, the starlet cried, "Why does this happen to me? This is a setup! I don’t deserve this ... It’s not my fault!" 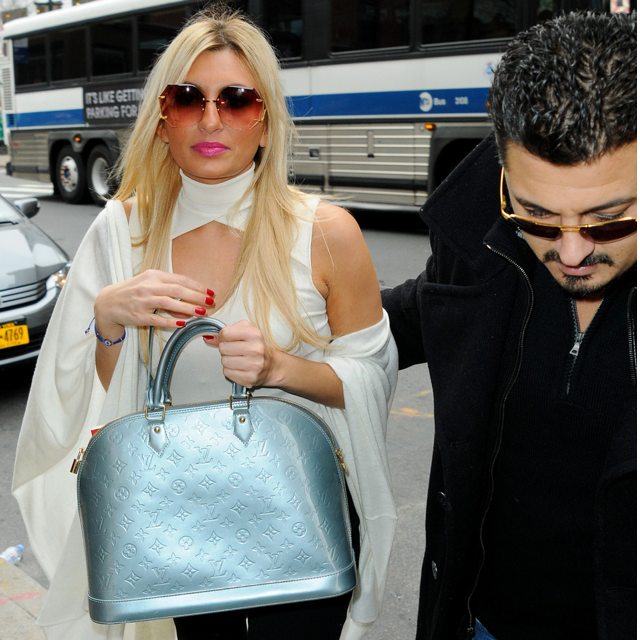 Lohan had attended a Justin Bieber concert at Madison Square Garden on Wednesday night and took her post-concert partying to Avenue, where the alleged incident occurred. There are a few theories about what happened:

1) Lohan was fighting over space in the nightclub... that ended in Lohan calling Tiffany Eve Mitchell, a psychic from Florida, a "f*cking gypsy" and then punching her in the face;
2) Lohan was fighting for the attention of boy band singer Max George of The Wanted;
3) Lohan freaked out (possibly because she was drunk) because she couldn't find her sister's purse full of $10,000 cash and thought Mitchell took it.

Lohan, 26, was apprehended when leaving the club; Mitchell's husband called police and Mitchell pointed her out to cops. The actress was charged with assault and issued a desk appearance ticket—and Mitchell has hired Gloria Allred!

Page Six's source said, "Lindsay was saying, ‘I was trying to find out who stole Ali’s purse! I gave her the money for my family, to pay for my brother’s school fees!’... Lindsay says she never hit the girl. She just went over to find if they had her sister’s purse. They were looking around the area, but the girl was sitting at the table, and some pushing started. Lindsay says the purse was never found. She’s desperate to find where the money is." (The purse was apparently found.)

TMZ reports that Lohan admits calling Mitchell a "gypsy" (but had no idea that was a slur) but denies punching her. It's also believed that Lohan has been heavily using drugs and drinking, with a source telling Radar, "The partying; the drinking and the drugs, it's her way of trying to cope with her mounting legal and career woes. It's like she's purposely self-destructing," but adds, "Lindsay's family life and failing career is no excuse for her behavior, but she's more than happy to use it as a crutch to act out."