can't stop, won't stop partying it seems—but that doesn't mean she wants anyone taking photos of her doing it. And that doesn't mean that any of the people she is partying with are necessarily the type of people you want to end up in a hotel room with at 4:30 a.m. Lohan was allegedly assaulted in a Manhattan hotel room early this morning by a man who took photos of her partying, and then refused to delete them.

According to WNBC, Lohan told police she got into an argument with a 25-year-old Christian LaBella, who she brought to her room at the W Hotel near Union Square after meeting him at Chelsea club 1 Oak. She said that around 4:30 a.m., she noticed he had taken photos of her on his cell phone, which she wanted to delete.

LaBella then allegedly threw her on the bed causing scratches on her hands; she left the 15th floor room, but when she was walking back to the room shortly after, Lohan told police he attacked her, choked her, threw her to the ground, and climbed on top of her. A friend who was with Lohan was able to get him off of her.

Lohan wasn't injured in the scuffle, and refused medical treatment. Labella has been charged with assault and harassment.

Update: According to TMZ, LaBella is very into taking photos with celebrities—his Facebook page is filled with pics of him with celebs like Kim Kardashian, Kris Jenner (see below), Joe Francis and politicians such as Herman Cain and Paul Ryan. They also claim his aunt is Heather McDonald from the show "Chelsea Lately." 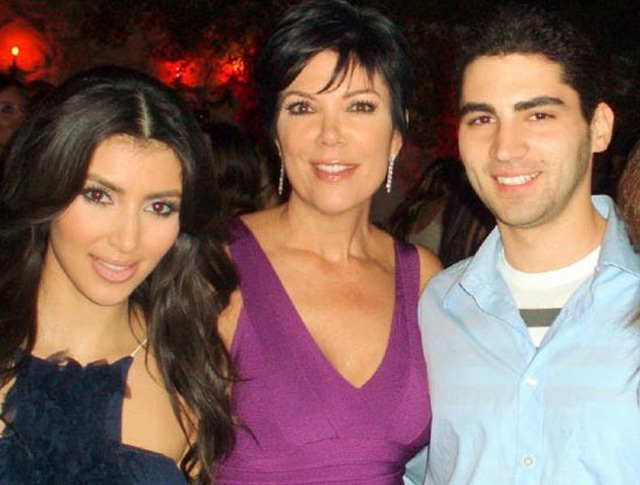