The New York City houseboat is such a wonderful, magical idea. On paper. In reality it's probably a floating money pit that will eventually be destroyed by rising tides or a hurricane. But if you're willing to take a risk and sink some money into a houseboat within the five boroughs, this one is a good one.

This dream home—a 2007 Custom Flo-Lodge—is a mere $59,000 (although that doesn't include any fees involved with owning a houseboat), and the seller notes it's equipped to handle all four seasons. It has spent the last year at Marina 59 In Far Rockaway, Queens, where it remains now. 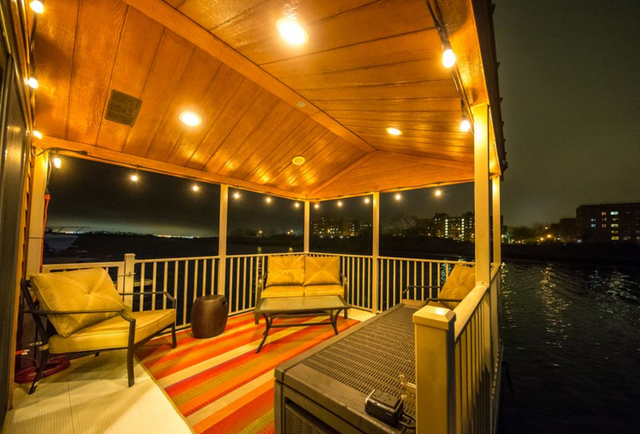 The floating home is located in the Averne section of Far Rockaway, which was originally more of a resort area, featuring grand hotels, a theater, and summer bungalows, as well as a "grandiose plan for a canal running through the neighborhood," which never came to be. [via Reddit]

#averne
#far rockaway
#houseboat
#queens
#real estate
#rockaway
Do you know the scoop? Comment below or Send us a Tip