From the beginning, Jeremy Freeman's reggae collection has been bursting at the seams. What began as a musical love quickly turned into a lifelong obsession that filled his home with crates of vinyl, and for the past 11 years the Manhattan native has funneled it all through Deadly Dragon Sound System on the LES. It's a snug place, loaded with albums, books, and ultra-rare singles pressed by labels that went out of business long ago. Now, the shop itself is facing the same fate: Deadly Dragon will close on April 16th.

"It's the nature of New York, there's no fighting it," Freeman said, lowering the volume of the shop's stereo system, which plays vintage reggae, dancehall, and rock steady music non-stop. Cramped but inviting, the store simmers with rhythm and colors, and has become a forum for the musicians, selectors, and avid listeners who share Freeman's abiding appreciation of the music. But love can't pay the bills, and the building Deadly Dragon Sound System occupies on Forsyth Street was taken over by a new landlord last year—one eager to cash in on the area's real estate boom. "We just couldn't come to an agreement about the lease, so we bowed out. We're not a huge money-making business."

Freeman DJs under the name Scratch Famous, and began seriously collecting records in 1995. Back then, he lived in Chicago, and for three years he and a friend were heroes of the city's underground reggae scene, carting around their massive sound system of turntables and speakers, working under the name Deadly Dragon. Things only intensified once Freeman returned to New York, and both friends and strangers learned to trust his taste, no questions asked. "When I bought records, people always asked me to buy doubles of everything I picked," he said. "I started buying wholesale, and traveling to Jamaica to buy huge collections. I paid for my own record addiction by selling off the duplicates." 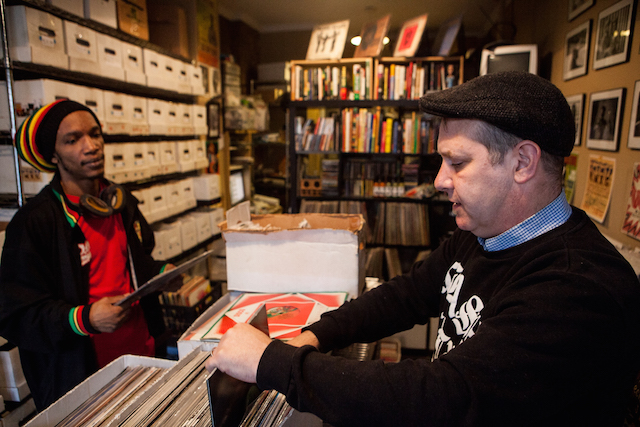 By the time he opened an online store in 2003, Freeman had 10,000 records for sale. His personal collection surpassed 100,000. By 2005, he and a friend, Jason Debeck, had found a space for rent on Forsyth and opened Deadly Dragon.

"There's nothing like combing through records," customer and Brooklyn DJ Selecta RoastBreadfruit said Thursday. "You're in a whole other world. You lose yourself." As he dug through boxes of '80s singles and talked prices with Freeman, RoastBreadfruit reminisced on his own history with the shop. "Six years, I've been coming here. I couldn't say how many times."

What draws Freeman—and many others—to rare reggae music is something fraught and ineffable. "Reggae is rebel music. It's always been music that speaks to the ghetto and speaks with a lot of anger. Musically, something in these productions seemed very human to me." 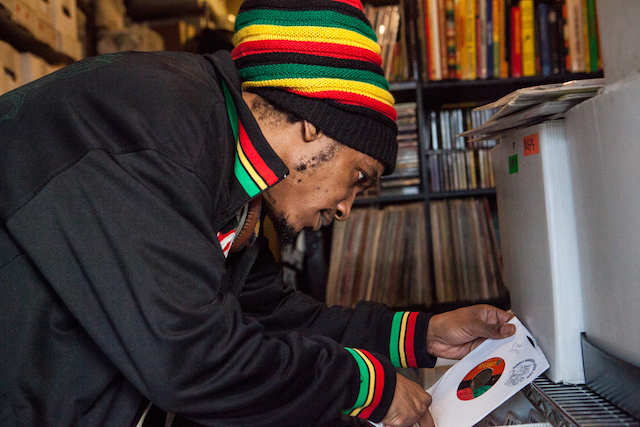 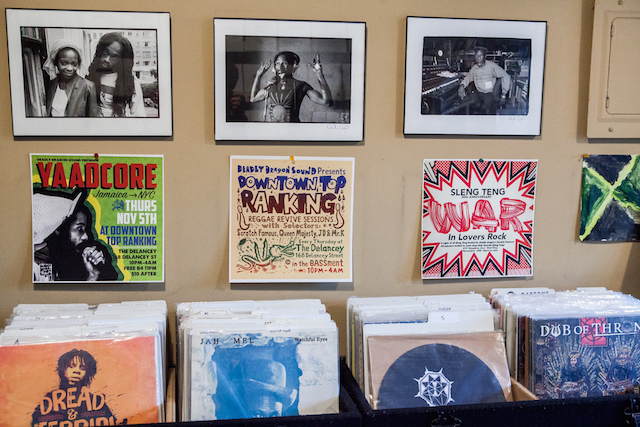 "I'm personally not a religious person, but reggae was always a very political music and it spoke to day-to-day hardships in a very material way. And I think that material sense, when it comes to playing records on vinyl...that's how I know how to play music. It's how my body reacts. To me, mp3s mean nothing because they are nothing. They're not there. I need that feeling of life in the music I play and the music I respond to."

And despite the fact that Deadly Dragon will shutter next week, Freeman himself finds hope by remaining focused on the music. His online store will continue to do business, and he and Debeck have plans to seek out a new, more affordable space. "I can't dwell on the negative side of it. I'm seeing this just as a positive thing. This is one chapter, we move on to the next. The music what this is all about, and vinyl will always bring people together."

#Deadly Dragon Sound System
#Record Stores
#original
Do you know the scoop? Comment below or Send us a Tip