With LCD Soundsystem having jumped to Columbia Records to release their first post-retirement record later this year, the band's longtime label DFA Records (co-founded by James Murphy) seems to have outgrown their old digs. The West Village building which has long housed the label has been put up for sale this week—which means you could become the owner of the house where Daft Punk once metaphorically played (and LCD Soundsystem really did play). 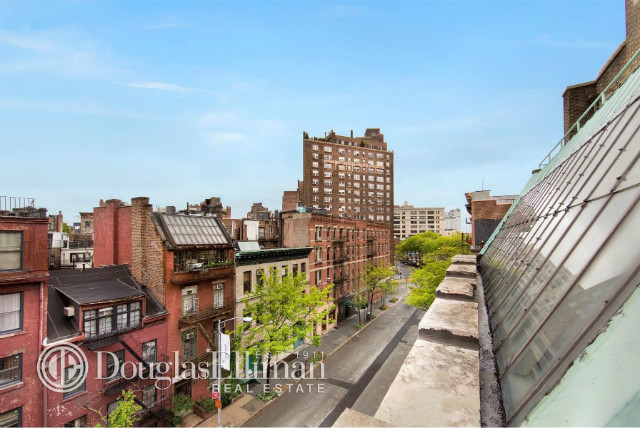 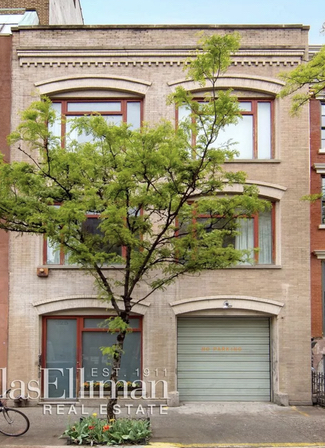 Curbed reports that the three-story townhouse at 225 West 13th Street is being sold by Douglas Elliman for $16 million. In a 2010 NY Times profile on label cofounder Jonathan Galkin, the offices are described as "intentionally plain," noting that despite "no buzzer, plaque, identifying sign," or glowing Heineken logo, plenty of people tried over the years "to sneak in here and drop off their demo."

Here's how Elliman describes the space:

Extraordinary in volume, scale, ceiling height and light, this solidly structured building with its loft-like proportions provides a unique offering to West Village home seekers, artists, art collectors or musicians. With its curb cut, THREE car garage, oversized elevator, opportunities abound. Currently, the basement is used as a well-equipped recording studio; the ground floor consists of a garage and live/work space overlooking a small patio. Second floor has a 20 foot high skylit living room, with wall to wall oversized windows facing south. The rest of the space has a wide corridor leading to a huge room with North and East exposure.Top floor has a gallery/library, a hall leading to another large room with North, East, West exposure, and a small loggia. Roof has mechanicals and an area for a deck. Built in 1909 for the New York Consolidated Card company, the building serves as a fine expression of brickwork, using true brick arches for its large windows. The cement and concrete ceilings solidify the structure. Formerly owned by a renown artist, the building has over the years been a creative inspiration to film makers and musicians.

That "renown artist" wasn't actually Murphy, Galkin, or any of the DFA people—as Curbed reports, the property's public records shows no affiliation to the record label, but does turn up the name of H. Keith H. Brodie, a President Emeritus of Duke University. Prior to Brodie, the townhouse was home to American artist David Deutsch, so perhaps that is who Elliman is referring to (Deutsch apparently lived in Turtle Bay up until a few years ago, when his place was bought by Mary-Kate Olsen and Olivier Sarkozy). 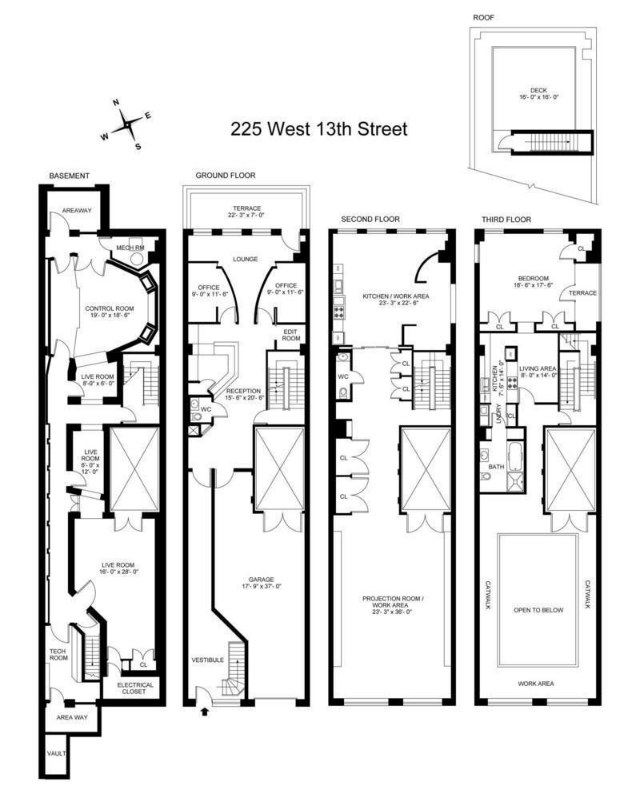 Even so, based on previous interviews and press releases, there is little doubt that many of the labels premiere bands—including LCD Soundsystem, YACHT and Hot Chip—have recorded at the West Village studio. I'm partial to this story about Murphy recording "Never As Tired As When I’m Waking Up” for the first LCD album, which almost certainly happened here:

After the Rapture had finished recording “Open Up Your Heart” for Echoes, James stuck around the studio through the night, wrote all the parts for “Never As Tired”, sang the lyrics, played all the instruments, and recorded and mixed the song, then gave Jonathan Galkin a CD-R the next morning, upon his arrival to work. James went to bed. Jonathan listened to the track all day, elated and stunned.