Law & Order: The Next Generation 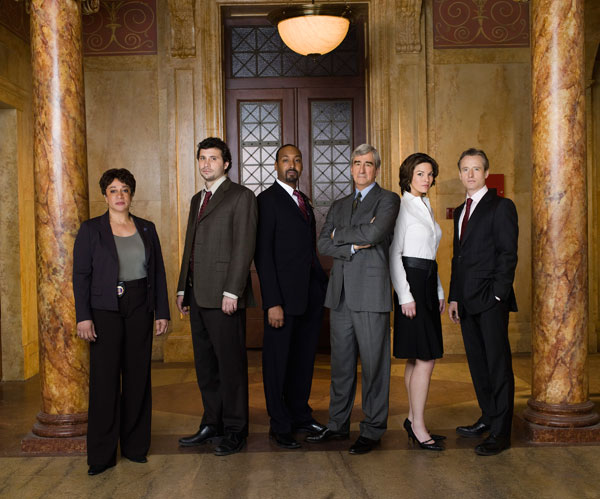 Law & Order returned for its eighteenth season with two episodes last night. As producer Dick Wolf is wont to do, things on the show have changed. The cast changes have definitely skewed things younger and has made the show seem more like Law & Order: The Next Generation. Which isn't a bad thing, since it seemed more like a natural evolution. And don’t worry, we won’t reveal the endings of the episodes in case you TIVOed it. 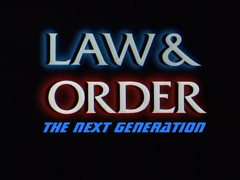 The first of the two episodes dealt with assisted suicide and, despite being a vehicle to introduce the new cast members, it was a rather good episode complete with several patented Law & Order twists. The new detective, Cyrus Lupo, played by Jeremy Sisto, was working with the NYPD’s intel unit overseas when his brother was found dead in a hotel room. Where other shows would have taken the whole “I’m out to find my brother’s killer” to the point of a tired cliché, the writers here made it seem organic.

The new A.D.A., Michael Cutter (British actor Linus Roache), seemed to almost always have a Blackberry in his hand almost as a visible reminder that he, unlike Jack McCoy, is a new tech-savvy sort of lawyer. And speaking of Jack McCoy, who was appointed as D.A. to replace Arthur Branch, he seemed a bit more hands on than previous D.A.’s on the show.

The second episode was just brilliant - and reminded us of some classic Law & Order episodes - with a kidnapping during a blackout. Again, the show’s writers show their cleverness by not making the blackout seem like yet another standard device; it even seemed like a bit of an in joke for the locals by having the power come on while the detectives were in Astoria. Plus, there were several twists and turns that made the ride an enjoyable one. 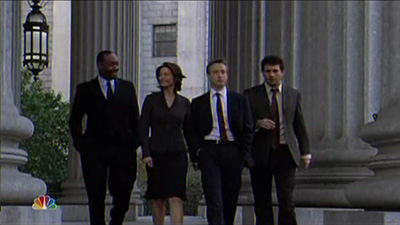 In the second episode, it was hard to get a read on Detective Lupo, but A.D.A. Cutter seemed to be more of a get-the-job- done-damn- the-consequences type person (versus "hang 'em high McCoy"). It will definitely be fun this season to see how these new characters evolve. Thanks to the WGA strike, it will be one of the only things in NBC’s lineup that isn’t a fakeality show, which is yet another reason to watch this instead of the unimaginative rubbish.

Law & Order will be back in its traditional Wednesday 10 p.m. time slot next week preceded at 9 p.m. by an episode of Law & Order: Criminal Intent which has already run on USA (but it's new for NBC).

#Arthur Branch
#As
#dick wolf
#jack mccoy
#Jeremy Sisto
#law
#Law & Order
#nbc
#nypd
#television
#The Next Generation
#tv
Do you know the scoop? Comment below or Send us a Tip