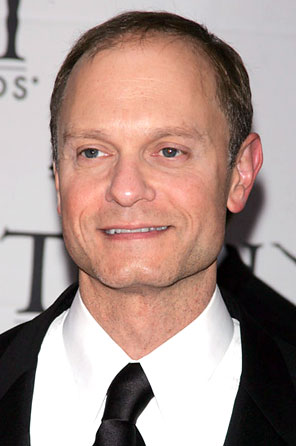 Although the mass media informs us that our nation was monolithically united around last night's final Sopranos episode, we believe a small pocket of dissenters were tuned into CBS, where the 61st Annual Tony Awards were broadcast over the span of three hours. We know from The Playgoer’s pithy live-blogging that there were big musical numbers by each of the nominated musicals, a (“thankfully”) drunk Eddie Izzard and an appearance by American Idol sensation Fantasia Barrino belting out a song from The Color Purple.

Upsets were few, but we were disappointed to see the Best Special Theatrical Event award go to the ventriloquist dummy show Jay Johnson: The Two and Only instead of whacky cult favorite Kiki & Herb. And no one seemed more shocked than David Hyde Pierce with his win (over Raul Esparza for Company) in the best leading actor in a musical category – but we saw him in Curtains and think he deserves it for his irresistible turn as a stage-struck detective investigating a backstage murder.

Everything else was pretty much by the book: Tom Stoppard’s sprawling three-play dramatization of 19th century Russian intellectuals took home the Best Play award; the youth, sex and rock n’ roll show Spring Awakening all but dominated the musical theater categories; and Christine Ebersole won for best leading actress in a musical for her portrayal of Big and Little Edie Beale in Grey Gardens. (Colin Meloy fans take note: in the post-show press room, Spring Awakening director Michael Mayer revealed that he’s “talking to rock band the Decemberists about a possible musical project”.)

The Tony website has the full list of winners and a press room blog; Variety has a backstage dish. But besides Kiki & Herb, do you think anyone else got robbed?