Last night's episode of Mad Men, At The Codfish Ball (a reference to this Shirley Temple tune), included more nods to the city and 1966. Here are some of the hightlights (no real spoilers!).

Don, Megan and Cosgrove take the Heinz head honcho and his wife out to the Hemisphere Club/Tower Suite—he tells the ad (wo)men, "I've always wanted to eat here, I thought it was just for Time-Life employees." The club was on the 48th floor of the Time-Life Building, where the agency's office is housed (11 floors below). At night the private club converted to a public restaurant known as the Tower Suite. These sky high clubs were all the rage back then, but have since died off. 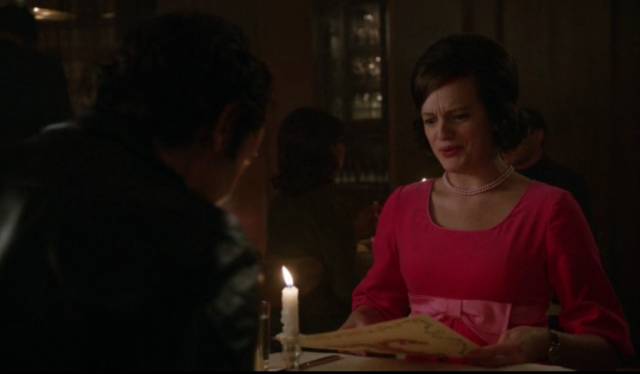 Abe brings Peggy out to dinner at the Minetta Tavern. Upon her arrival, he notes that "the steak's supposed to be good here." (What about the Black Label burger?) This isn't the first time the restaurant has been featured in the show, previously the Sterling Cooper Draper Pryce crew knocked back some cocktails there—after all, this is where some of the most creative heavy drinkers had tabs, including Dylan Thomas and Ernest Hemingway. The MacDougal Street restaurant has been around since 1937, but hotshot restaurateur Keith McNally took it over in 2009, revamping it considerably.

In the beginning of the episode, Glen (he's baaaack) asks Sally on the phone if she has "The Spoonful" album yet. The band's song "Summer in the City" his number 1 in August of 1966 (Sally says, "It's on the radio all the time."). At the end of the episode, Glen asks Sally how the city is, and she references the song's lyrics ("back of my neck feeling dirty and gritty"), telling him: "dirty." 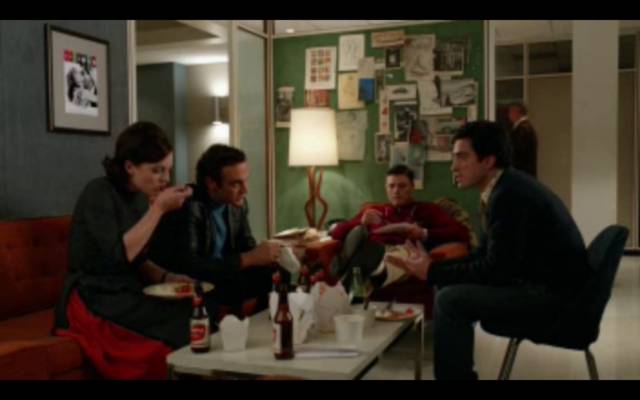 Rizzo, Ginsberg, Peggy and Abe are drinking this beer in the office over a dinner of Chinese take-out. In the 1970s "Yuengling was challenged by the rise of large commercial breweries"... could they be a potential future client? 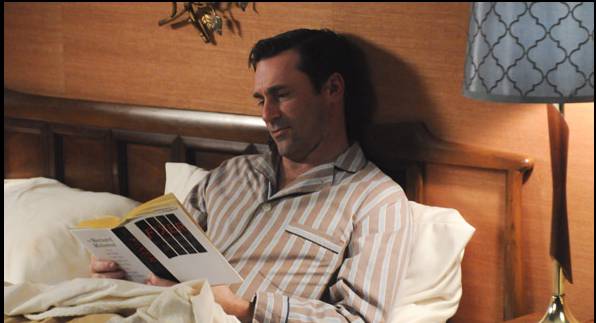 Don is reading Bernard Malamud's 1966 novel, The Fixer, which could be an attempt to impress the in-laws who are visiting. The novel is about Yakov Bok, a Jewish handyman or "fixer," who is arrested, interrogated, asked about his political views, and jailed. He is "a stranger in his community and a victim of irrational prejudice as a wave of anti-Semitic hysteria." And here's an interesting parallel to Don's life—according to the plot summary, "He finally finds it in his heart to forgive his former wife. This act of forgiveness is symbolically important in Bok's spiritual growth."

Margaret Dumont
At the Cancer Society dinner, Roger Sterling points out a woman to Sally, referring to her as Margaret Dumont. Dumont was a '30s-era actress who was seen in several Marx Brothers films. But Dumont died in 1965, a year prior to the current time on the show, so either Weiner slipped, or Roger was making a joke.

#at the codfish ball
#mad men
#mad men history
#tv
Do you know the scoop? Comment below or Send us a Tip