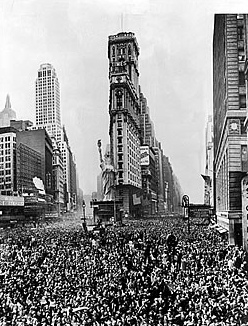 We're less than a week away from the Times Square Kiss-In!

Every year on the anniversary marking the end of World War II, the Times Square Alliance invites couples (though strangers would be more appropriate) to come make out in the same spot this nameless couple did just 62 years ago. The nurse eventually outed herself in the '80s, once she was a safe distance from the more "dignified" times. That day there were 750,000 people in Times Square (the scene is pictured and there are more after the jump).

This year the first 200 lovebirds that show up will receive a sailor cap and roses (aw), and the Alliance mentions they'd like some "couples whose kisses bridge boundaries, be they religious, political, racial, national or otherwise, as well as veterans of WWII, returning veterans from the Iraq War, and couples in costumes commemorating the original 1945 kiss." So pucker up and head over to Military Island, at the intersection of Broadway and 7th Avenue between 43rd and 44th Streets on August 14th at 1pm to participate. It's also suggested you email prior to showing up (events (a) timessquarenyc dot com).

In addition to all the hoopla, the sculpture "Unconditional Surrender" by artist J. Seward
Johnson came to town yesterday and will be on display at the Times Square Information Center throughout the 14th (it looks like this). And the Museum of Sex will be handing out breath mints! 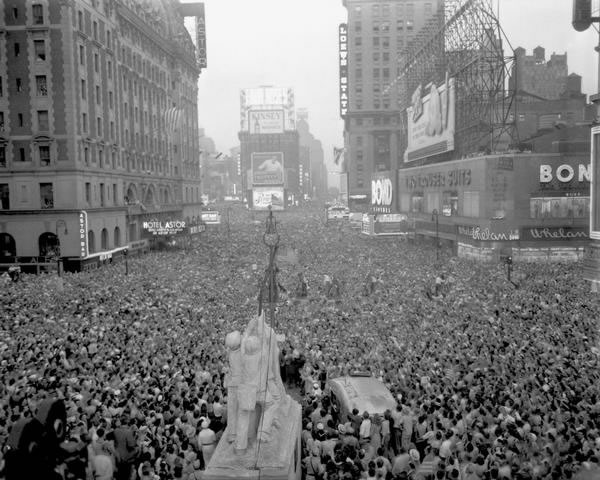 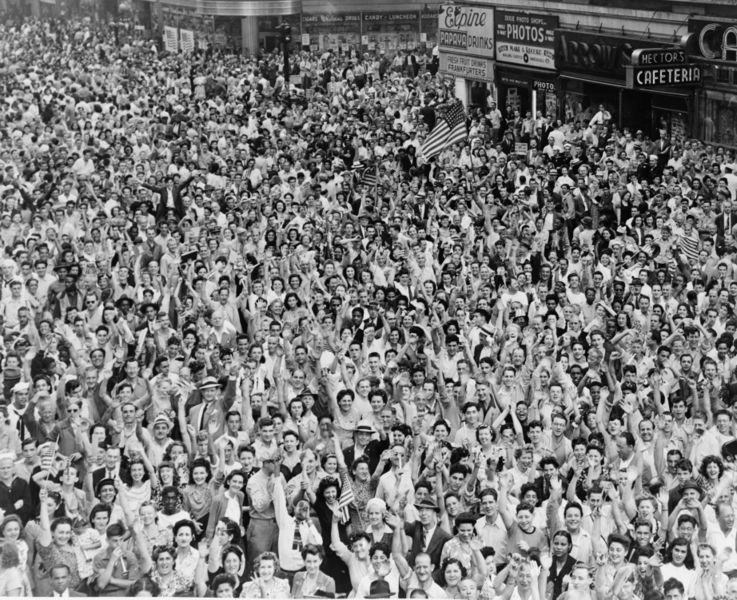