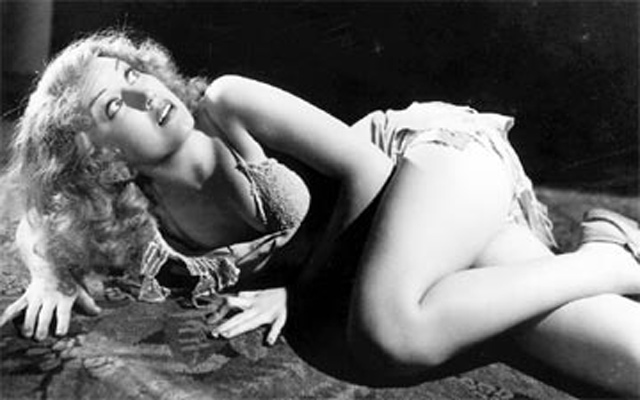 In a Friday review of the 1933 original production of King Kong, The New York Sun's film critic Bruce Bennett wonders why the low-tech original continues to hold up so well after 75 years, especially in comparison to higher-tech remakes. "How, then, does a puppet made from rabbit fur, a rubber ball, and some socket joints, painstakingly animated frame-by-frame during the depths of the Great Depression, ably kick the motion-capture behemoth of Mr. Jackson's modern edition to film history's curb?"

Likely in no small part to the credit of legendary film actress Fay Wray (pictured above), whose costumes offered plenty to distract filmgoers of the 1930s quite a bit from the hard times of the Great Depression. The Film Forum movie house in Manhattan is celebrating the 75th anniversary of the film by inviting all ticket holders at the 1 p.m. screening to participate in a Fay Wray Scream-Off contest. Wray's daughter Susan Riskin will even be on hand to serve as one of the contest's judges. There will be prizes; but really, aren't bragging rights a sufficient reward to win something like this?

Fay Wray died at the age of 96 in 2004. She was residing in New York at the time and in her autobiography said, "Each time I arrive in New York and see the skyline and the exquisite beauty of the Empire State Building, my heart beats a little faster. I like that feeling. I really like it!"