Last night word of a "family emergency" reached Kanye West as he was on stage at the Meadows Festival in Queens, NYC. West ended his set abruptly, telling the audience, "I'm sorry... I'm sorry... family emergency, I have to stop the show." About an hour later it became clear what had happened—Kim Kardashian West was held up at gunpoint in Paris. On Sunday night her reps said she was "badly shaken but physically unharmed," after armed, masked men robbed her in her hotel room. Now more terrifying details are emerging about the incident, which unfolded sometime around 2:30 a.m. Paris time.

According to BFM TV, "the perpetrators managed to get [in] by handcuffing the night watchman who, under threat of the weapon, was forced to open the door leading to the apartments occupied by Kim Kardashian. They then tied her and locked her in the bathroom" as they stole two cellphones, a $4 million ring and $6 million in other jewels. Page Six reports that "the attackers then fled on bicycles and the night guard was found in a staircase, his hands and feet bound." 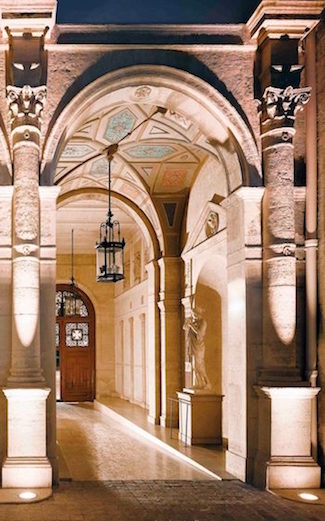 The gunmen got in at first by posing as cops, and TMZ reports there were five in total, and that "at least 2 gunmen bound and gagged Kim with handcuffs and tape and then put her in the bathtub... Kim begged them to spare her life, telling them she had babies at home. After the gunmen left she was able to break out of the restraints and called for help."

BFM TV reports that Kardashian West met with investigators "and filed a complaint before leaving France" via private jet on Monday morning.

The Mayor of Paris, Anne Hidalgo, released a statement saying, "I condemn the attack Kim Kardashian suffered last night in her hotel. She has my support and will always be welcome here in Paris. I have full confidence that the police force, as part of their investigation, will quickly identify and apprehend the perpetrators of these acts. This is a very rare occurrence that took place in a private space, and in no way does it call into question the work of our police or the security of our public spaces. It is possible to visit the French capital and enjoy all it has to offer in secure conditions.”

The mayor of the city’s 8th arrondissement also condemned the attack, saying, "The whole world is talking about this story... because it’s Kim Kardashian. The image of Paris will still take a hit,” she said. “We must stop these offenders as soon as possible!”

Kardashian West had been in Paris for Paris Fashion Week, where she had been documenting her moves on various social media platforms—People reports that she snapchatted just prior to the break-in—"about 2:30 a.m., Kardashian West showed herself back at her hotel FaceTiming with Chyna to wish her a happy baby shower in L.A., which was her last social media post of the day."

While other family members reportedly stayed at another hotel, Kardashian West had been staying at the private Hôtel de Pourtalès, which is not publicly advertised and features luxury apartments favored by celebrities. Her children—North, age 3, and Saint, just under one year old—were in Paris, but the AP reported they were not with Kardashian West at the time of the violent robbery. 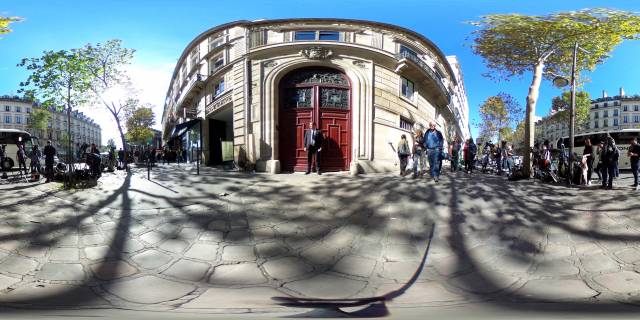 At this time, neither Kim or Kanye have spoken about the incident. We'll update as more information becomes available.

UPDATE: Kim and Kanye have arrived in NYC with a lot of security.