Kim Gordon's memoir Girl in a Bandcomes out today, and New York magazine has published an excerpt from the book, detailing Sonic Youth's final show from Gordon's point-of-view. It's a raw and unflinching account, and the enormous heartbreak involved makes you wonder how Gordon stomached that last tour, sharing the stage every night with her estranged soon-to-be ex-husband Thurston Moore. Here's her story:

When we came out onstage for our last show, the night was all about the boys. Thurston double-slapped our bass guitarist Mark Ibold on the shoulder and loped across the stage, followed by Lee Ranaldo, our guitarist, and then Steve Shelley, our drummer. I found that gesture so phony, so childish, such a fantasy. Thurston has many acquaintances, but with the few male friends he had he never spoke of anything personal, and he’s never been the shoulder-slapping type. It was a gesture that called out, I’m back. I’m free. I’m solo.

I was the last one to come on, making sure to mark off some distance between Thurston and me. I was exhausted and watchful. Steve took his place behind his drum set like a dad behind a desk. The rest of us armed ourselves with our instruments like a battalion, an army that just wanted the bombardment to end. It was pouring, slanting sheets of rain.

After thirty years, tonight was Sonic Youth’s final concert. The SWU Music and Arts Festival was taking place in Itu, just outside São Paulo, Brazil, five thousand miles from our home in New England. It was a three-day-long event, broadcast on Latin American television and streamed online, too, with big corporate sponsors like Coca-Cola and Heineken. It was a strange place for things to come to an end. 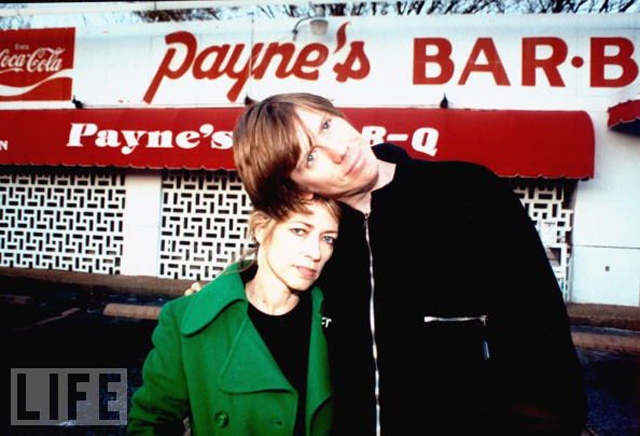 Thurston and I had exchanged maybe fifteen words all week. After twenty-seven years of marriage, things had fallen apart between us. In August I’d had to ask him to move out of our house in Massachusetts, and he had. He was renting an apartment a mile away and commuting back and forth to New York.

The couple everyone believed was golden and normal and eternally intact, who gave younger musicians hope they could outlast a crazy rock-and-roll world, was now just another cliché of middle-aged relationship failure — a male midlife crisis, another woman, a double life.

They say when a marriage ends that little things you never noticed before practically make your brain split open. All week that had been true for me whenever Thurston was around. Maybe he felt the same, or maybe his head was somewhere else. I didn’t really want to know, to be honest. Offstage he was constantly texting and pacing around the rest of us like a manic, guilty kid.

The bad weather had followed us through South America, from Lima to Uruguay to Chile and now to São Paulo — a corny movie-mirror of the strangeness between Thurston and me. The festival stages were like musical versions of awkward domestic tableaux — a living room, or a kitchen, or a dining room, where the husband and the wife pass each other in the morning and make themselves separate cups of coffee with neither one acknowledging the other, or any kind of shared history, in the room.

Read more here, and/or buy the book, which is now on sale. Here's video from their final song, "Teen Age Riot":

Gordon will be at The Strand tonight (Tuesday) for an in-depth conversation with Vanity Fair contributing editor Elissa Schappell. Tickets are sold out but the bookstore has announced a standby line.

#girl in a band
#kim gordon
#sonic youth
#thurston moore
Do you know the scoop? Comment below or Send us a Tip
A new Gothamist is coming! We’ve moved comments over to our beta site. Click here to join the conversation and get a preview of our new website.