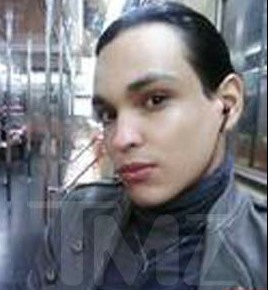 It's been just over a week since one man accused Elmo voice actor Kevin Clash of having a sexual relationship with him when he was 16-years-old, and now a second accuser has come out. According to TMZ the new accuser, Cecil Singleton, is now 24-years-old, but claims the two had a sexual relationship when he was 15-years-old. In his lawsuit he claims "Clash trolled gay telephone chat line rooms to meet and have sex with underage boys... preying on teenage boys to satisfy his depraved sexual interests." The two allegedly met on one of the chat lines in 1993, when Clash was 32-years-old. According to the AP, Clash has now resigned from Sesame Street, calling the recent allegations "a distraction."

The lawsuit, filed in federal court in New York City, claims Clash "groomed [the accuser] to gain his trust by, among other things, taking him to nice dinners and giving him money." Singleton claims he waited until now because he "did not become aware that he had suffered adverse psychological and emotional effects from Kevin Clash's sexual acts and conduct until 2012." He's asking for over $5 million.

Yesterday Clash's first accuser, Sheldon Stephens, announced he wanted to give his $125,000 back and undo his settlement, which he received after retracting his previous statement and announcing the sexual relationship with Clash was consensual.

Update: The NY Times' Brian Stelter Tweeted a statement from Clash: "I am deeply sorry to be leaving and am looking forward to resolving these personal matters privately."

#cecil singleton
#kevin clash
#lawsuit
#resignation
#sesame street
#sheldon stephens
Do you know the scoop? Comment below or Send us a Tip