Keith Haring created quite a bit of art in his short life, and love for it has only grown since his death in 1990 of AIDS-related complications. Hence the recreated murals, restored ceilings and upcoming Brooklyn Museum show. But there is another bit of Haring being made available to the city right now. This month The Lesbian, Gay, Bisexual and Transgender Community Center is opening up Haring's well-known (and quite dirty) bathroom mural for public viewing. Haring painted the mural, finishing it less than a year before he died, as part of a commemoration of the 20th anniversary of the Stonewall Riots.

Since 2001 the bathroom has actually been a meeting room for the Center, but for this month only they're opening it back up to the public. And, well, its pretty awesome. And graphic. Jeremiah's Vanishing New York stopped by and you can see a bit of it for yourself below. But if you prefer words, here's how Jeremiah describes it:

To walk into the Haring Bathroom is to enter a monochromatic fun-house of fucking. Anything goes. Above white toilet tiles, curling around water pipes and ductwork, headless male bodies twist and entwine with giant phalluses. Tiny men shoot from the ends of penises to splash soggily onto the backs of other bodies.

Penises grow human heads with mouths that suck the toes of other human shapes that in turn contort into Mobius-strips of sucking, performing Escher-like convolutions as one body part morphs into another. Negative space becomes positive. Hollows turn into solids that penetrate other hollows--assholes, mouths, and other unnameable orifices.

See what he means? 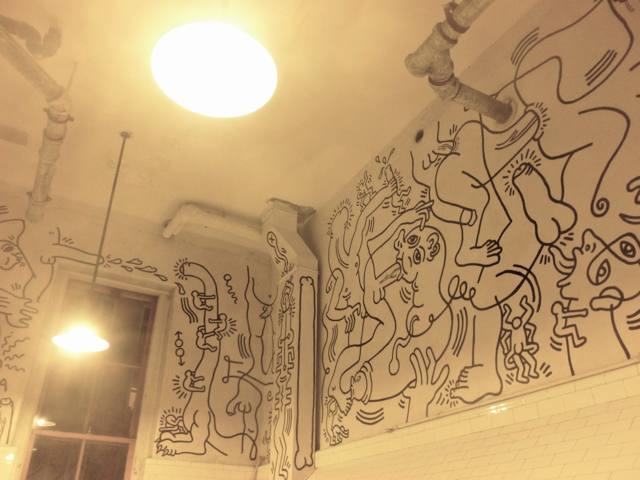 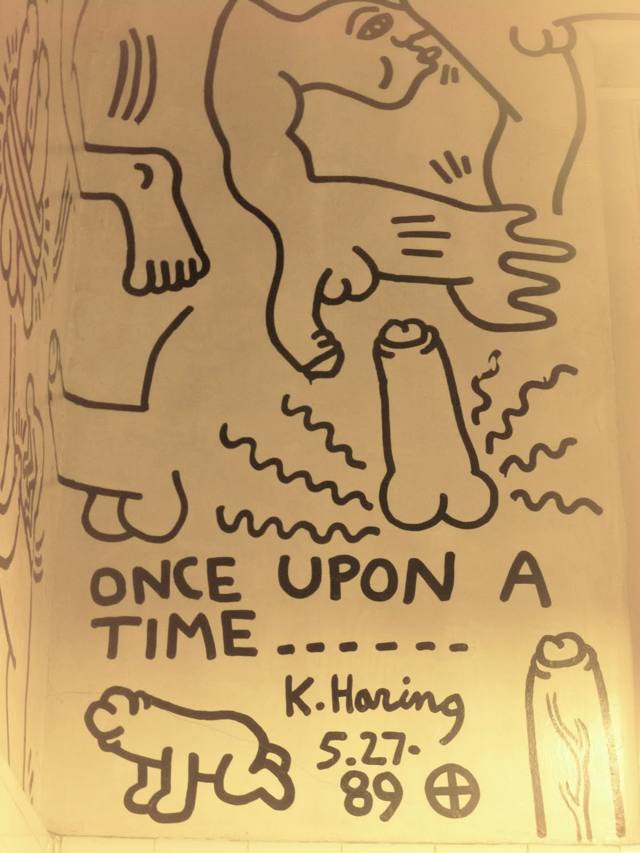 If you want to check out the mural for yourself (and why wouldn't you) it is available for public viewing at the Center (208 West 13th Street) Monday through Friday from 9 AM to 10 PM and on the weekends from 11 AM to 9 PM.

#art
#bathroom
#keith haring
#mural
#NSFW
#the center
Do you know the scoop? Comment below or Send us a Tip