Is it absurd to stuff a guinea pig into a tiny wedding dress? Or, considering our collective love of dressing dogs as everything from airplanes to Andy Warhol, is it only absurd that it took so long for it to come to this?

Maki Yamada, a 28-year-old designer based in Tokyo, told the Daily Beast that she first fell in love with the adorable but otherwise blindingly dull rodents at "the zoo," which suggests either that the Japanese have peculiar taste in exotic animals, or that Yamada got drunk and wandered into a 4th grade classroom. Either way, the mere sight of the creatures moved Yamada to first purchase two of her own, and then begin outfitting them in everything from kimonos to Nelly Oleson-style wigs—which look hilarious on a guinea pig, but somewhat morbid on its own, like a still from Miniature Red Asphalt. 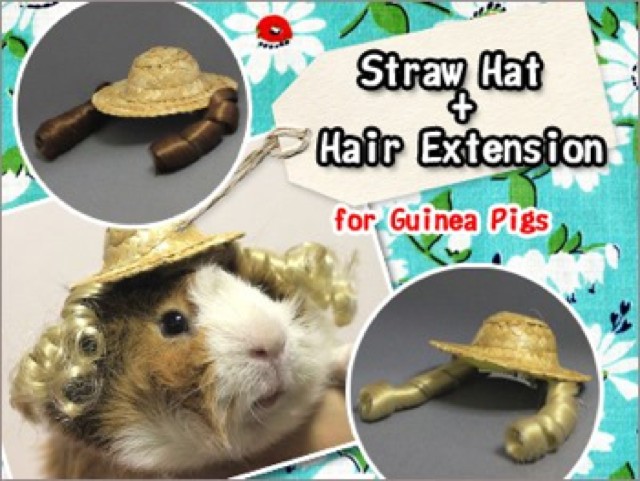 Prices for the costumes vary—the hat/wig is $8.50, a santa hat is $4 and a wedding dress and veil is $18.50. Pretty reasonable, really. Shipping is $7 flat to countries outside Japan, but free with orders over $40. Apropos of nothing, here is a photo of a hamster riding a guinea pig in a saddle: 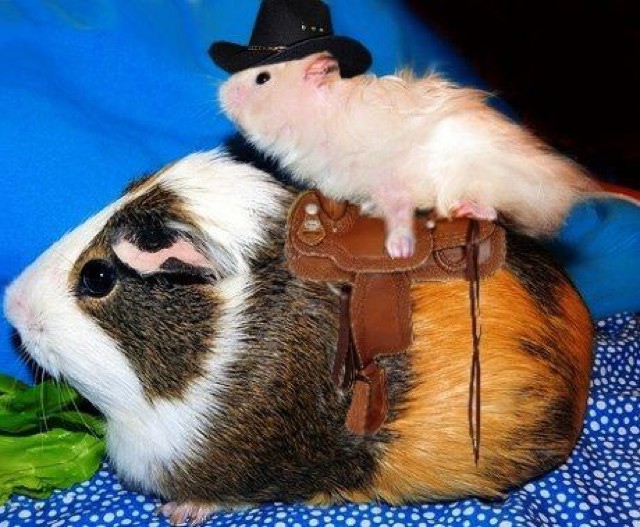 #animals in costumes
#fashion
#guinea pigs
Do you know the scoop? Comment below or Send us a Tip