July 4th Fireworks Will Be Back On The East River, And Even Bigger

The 39th annual Macy's 4th of July Fireworks will return to the East River this year, where they rightfully belong. Thanks de Blasio! (Really.)

After years of being hijacked by the Hudson, the fireworks were brought back East last year, allowing outer boroughs to witness the display, as opposed to select Manhattanites and... New Jersey. This is the nation’s largest Independence Day pyrotechnic display, according to the press release, and in 2015 it's expanding to two locations in order to allow a greater number of New Yorkers to witness the show.

America’s most explosive party will take place from two locations on the East River in midtown and within the South Street Seaport historic district. Brave, the theme of this year’s show, will fire more than 40,000 pyrotechnic shells during a 25-minute synchronized display. Designed in collaboration with PyroSpectaculars by Souza, the show will be fired from four barges positioned between 23rd and 37th Streets in Midtown and from one double-barge positioned below the Brooklyn Bridge.

In his announcement today, de Blasio noted, "Last year, we brought Macy’s incredible fireworks back to the East River—and this year, with barges up and down the river, even more New Yorkers will be able to take part. This celebration will light up the sky for millions in Queens, Brooklyn, and Manhattan. There’s no question: this will be a dynamite 4th of July for New Yorkers across the city.” Sorry Staten Island and the Bronx. 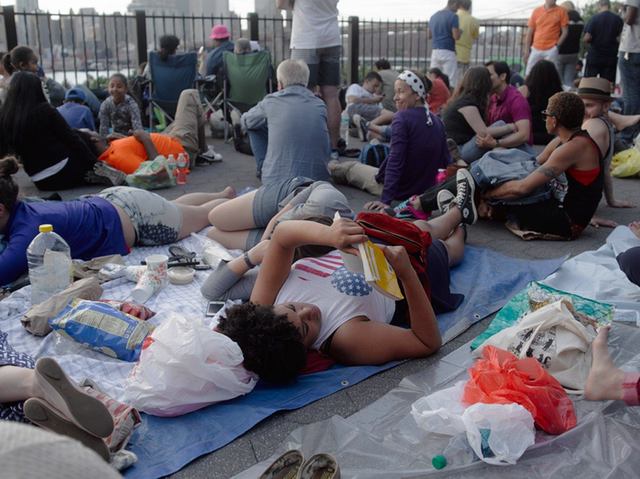 The fireworks will begin at approximately 9:20 p.m. on July 4th, so expect crowds to start gathering near the waterfront by 10 a.m. that day. Seriously.