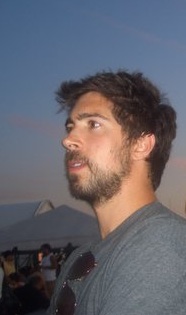 Josh Moore is a part of the almighty Bowery Presents organization that runs just about every venue you've been to around town -- from Mercury Lounge to Bowery Ballroom and beyond. Most recently the team opened up the Music Hall of Williamsburg (with a bit of a delay), and we asked the man who runs the old Northsix space a few questions.

Bands and fans both really love the Bowery venues, what's the best part of booking for Bowery Presents?
Being a part of a company that a lot of people really love is a great feeling. People get so excited when I tell them I work for The Bowery Presents. It also feels good knowing that people look to us to help them discover bands. It’s an honor being a part of this company. It truly is.

Do you find that bands are as willing to play the Music Hall (a Brooklyn venue) as they are Bowery Ballroom (a Manhattan venue)?
Not yet but that’s only because we just opened and a lot of people still haven’t seen the venue. Once they do though I think it will be as in-demand as the Bowery Ballroom is. Manhattan has always been a more important play for bands and that’s not going to change, but Brooklyn is quickly becoming more and more vital and I truly believe this is by far the best venue in Brooklyn.

For all the struggling NY bands out there -- what's the best way for them to get to play at one of the BP venues?
Make a kick ass record.

Are there any little or big venues around town that aren't a BP property that you enjoy going to?
I love Joe’s Pub. It’s probably one of the best small rooms I’ve ever been to and definitely one of the best places in the city to see bands. Also, the feeling of walking in to some of the world’s most famous venues such as Radio City, Apollo, Carnegie Hall and Madison Square Garden never gets old. I think those have more to do with the history than the overall experience but I just feel like I’m a part of something special when I’m seeing shows in those buildings.

Can you tell us about any future plans for venues around town?
We are actually in the process of opening another venue in Manhattan called Terminal 5. This will a great new midsize room that will give us the opportunity to continue working the bands after they move on from the clubs.

Which New Yorker do you most admire?
David Byrne

Given the opportunity, how would you change New York?
Put air conditioning in the subway stations, save Coney Island and rid the city of rats.

Under what circumstance have you thought about leaving New York?
The only reason I would ever leave New York is if my girlfriend ever decides she wants to move. Hopefully that won’t happen though.

Do you have a favorite New York celebrity sighting or encounter?
Lionel Richie

What's the best subway line?
The L has been pretty good to me lately.

Best cheap eat in the city.
I’ve been hitting the Snack Dragon on E. 3rd Street on a nightly basis.