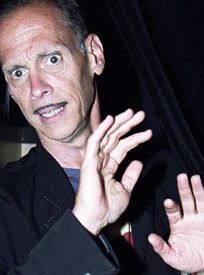 If more NYU kids were like John Waters, the university’s downtown super-saturation would at least be a bit more colorful. In a recent interview with Details, Waters took a nostalgia trip back to his NYU days, when he, uh, did a lot of tripping:

Back then you weren’t very interested in school. Who lasted at NYU longer, you or Woody Allen?

I bet Woody went longer, because I think I was there from September to October. I only went to one class. I went to the movies on 42nd Street. It wasn’t NYU’s fault, I don’t blame them. I was out of my mind. I never went to class. Back then I was on LSD. Speed. Diet pills. I was up a lot. I had to see four movies a day; I couldn’t be going to class except to steal textbooks and then go sell them back so I had money to go to the movies.

Waters goes on to talk about his Alvin and the Chipmunks fetish and how proud he is that Midwestern tourists are watching “two men sing a love song to each other” when they attend the hit Broadway production of Hairspray.

The outré filmmaker now has a reason to be twice as proud: His ‘50s sock-hop satire Cry-Baby just made the move to Broadway. The original starred Johnny Depp as the titular bad boy with a heart of glass; the new stage version has songs by Fountains of Wayne’s Adam Schlesinger and former Daily Show head writer David Javerbaum; Hairspray's Alli Mauzey rounds out the cast.

Photo: I am being Nate.