Last season on Copper, we got a good look at the way 1860s New Yorkers lived. We discovered their fashion, pastimes, slang, and gruesome water cooler talk. Lately, New Yorkers have been spending their time loving—and hating—Citi Bike and everything it brings to the table. But that obsession with the bicycle dates all the way back to its invention in the 19th century and, later, the Golden Age of Bicycles.

Those early bikes were dangerous and not for the faint of heart; Corcoran, Copper's crimefighting, underground boxer protagonist, definitely would have been the type to toy around on a 70-pound pennyfarthing after a few too many. But later developments in the contraption finally made bicycles safe, accessible, and a ubiquitous part of American culture. Here are five lesser-known contributions the bicycle has made to our lives today.

THE DEATH OF THE CORSET 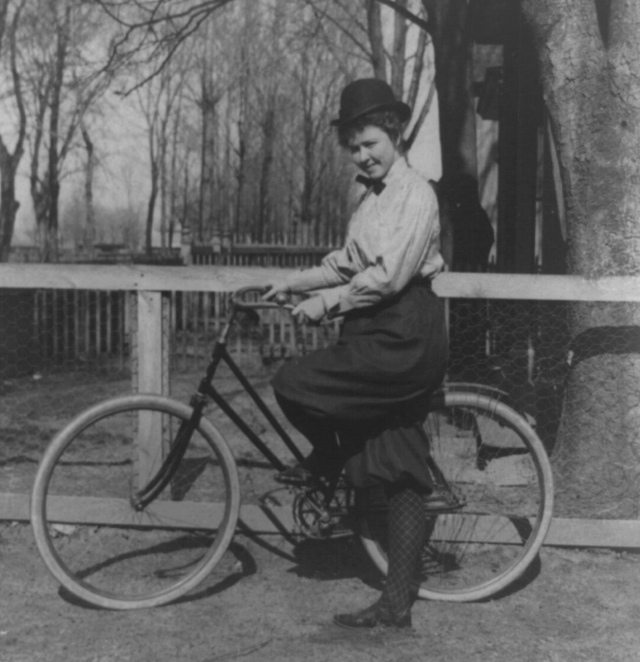 This 1897 woman wears pant-like bloomers, which probably made her the target of much ridicule. (via Library of Congress)

By the late 1800s, women were starting to enjoy increasing liberties through an unlikely source. The bicycle's increasing practicality meant that a woman was finally able to travel for a job if she had one, shop on her own, and generally be independent from the short radius around her house for the first time.

This presented problems for traditional dress of the time, though; corsets, ankle-length skirts, and other restricting clothing had to be swapped out for items more conducive to physical activity, though most thought the changes inappropriate for respectable women. Susan B. Anthony, Frances Willard, and Amelia Bloomer all rallied for so-called "rational dress reform" and the emancipation it represented. There were plenty of detractors in the decades to come, but the bicycle and the New Woman of the 1890s went hand-in-hand—Anthony herself regarded the bicycle as a "freedom machine." 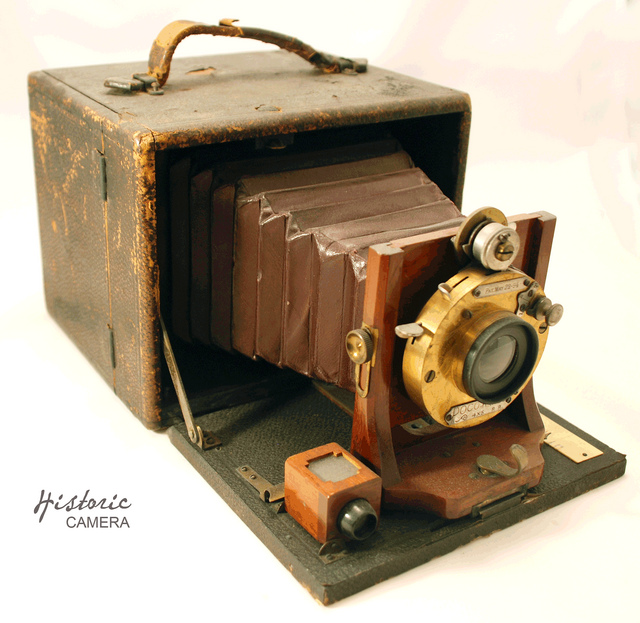 You can thank the Poco C for the fine art of feet-on-the-beach photography. (via Flickr user Historic Camera)

Bicycling and photography actually achieved major milestones together, late in the 1800s: bikes were finally rideable by someone other than a stuntman, and cameras were starting to become smaller than a breadbox. With the development of the "safety bicycle"—which resembled modern models with its equally-sized wheels, air-filled tires, and chain drive—the upper and middle classes started riding bicycles recreationally in droves.

The Rochester Camera and Supply Company answered with their "Poco C" model, a comparatively tiny camera suited for scenery shooting that could be strapped under a bike frame. It was the first camera meant for portable, casual photography and became Rochester's best-selling model of all time. 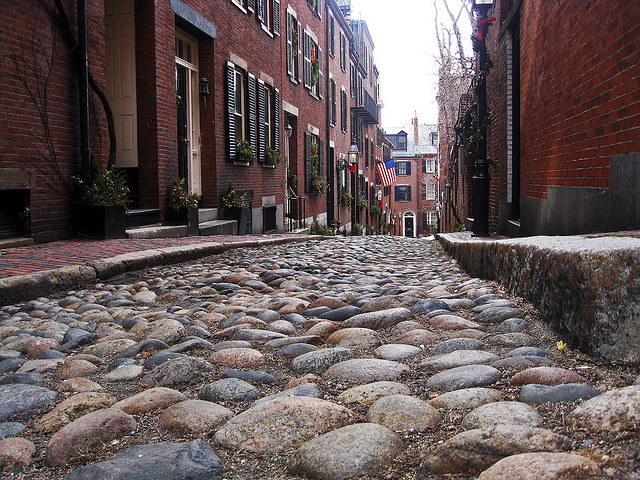 At first it's surprising that the jock strap was invented not for horse racing or early football, but for bicycle jockeys in 1874 Boston. What isn't surprising is the reason: rattling down cobblestone streets on cast iron bicycles with solid tires and little-to-no suspension.

C. F. Bennett of Sharp & Smith, a sporting goods company in Chicago, answered the call of wincing riders and developed the piece of apparel, becoming so successful he was able to start his own company in 1894. His sole product? Charles Bennett's Bike Web, a rather literal name for what we now know as the jock strap. 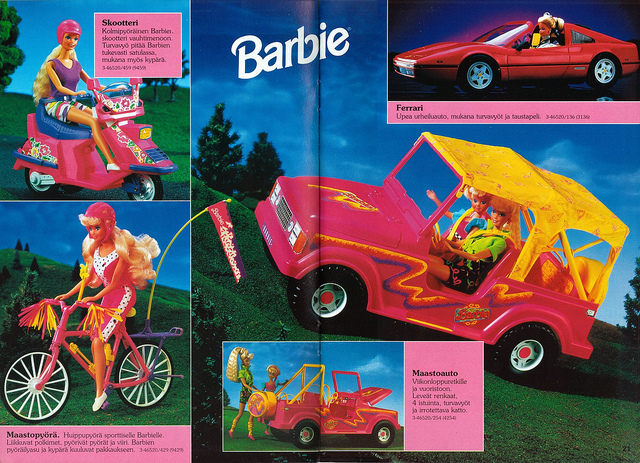 Hey, Barbie's gotta have it all—and that includes a Ferrari in candy apple red. (via Flickr user vaniljapulla)

During the Bicycle Craze of the late 1800s, the vehicle became famous for the nickel-and-dime nature of its "sundries." At the time, the bicycle itself was already a popular form of conspicuous consumption. But if you really wanted to keep up with the Joneses, you needed all the fashionable accessories—the "sundries"—that were available for purchase. Safety gear, baskets, clothing, shoes, and everything else often totaled more than the cost of the bike itself; this pricing model paved the way for more like it in the 20th Century, including the Barbie Doll. 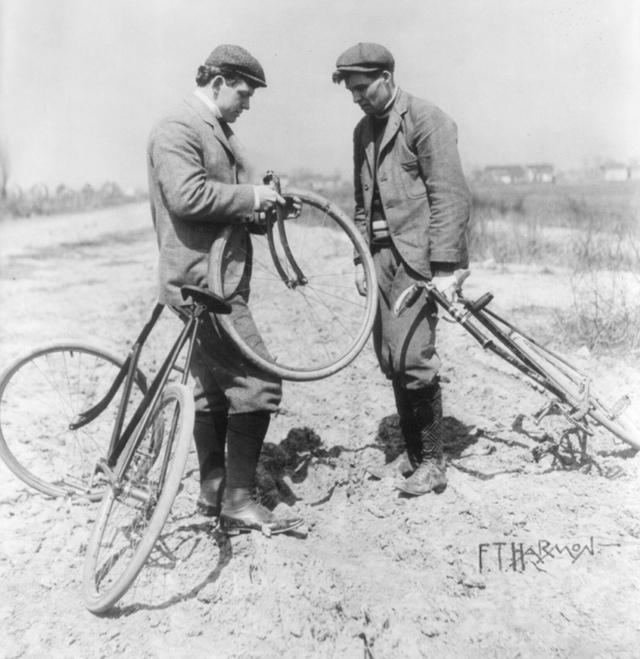 Nothing like an 1890s farm road to ruin a jaunt to the shore. (via Library of Congress)

You'd think cars would be responsible for the development of the modern American roadway, but the system was actually underway well before the first automobiles took the road. Roads outside of cities were largely dirt and gravel, which was fine for foot travel or horse-pulled carriages, but the explosion in bicycle popularity inspired a need for better surfaces.

The Good Roads Movement began in 1880 and went national quickly with backing from engineers and farmers, though bicycle enthusiasts—who were mostly of the well-connected upper class—gave the cause its momentum. After the automobile gained popularity at the turn of the century and the bike was on the decline, the powerful lobby took over and eventually gave us the road system we know today.

Go all the way back to the beginning of the bicycle and 1860s New York with BBC America's COPPER, the critically-acclaimed cop drama series from Academy Award®-winner Barry Levinson and Emmy® Award-winner Tom Fontana. COPPER premieres Sunday, June 23rd at 10/9c only on BBC America—watch a trailer below!

#bbc america
#bikes
#copper
#cycling
#gothamist collaboration
Do you know the scoop? Send us a Tip