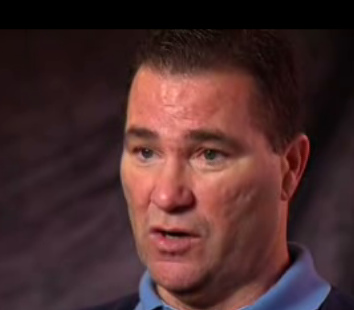 Jim Riches is the Deputy Chief of the FDNY. He is one of the producers of Urban Legend, a video that doggedly questions the supposedly heroic actions of Mayor Giuliani on 9/11. We recently asked him a few questions about that, today's anniversary and the future of the WTC.

How long have you been in the FDNY?
30 years experience in some of the busiest firehouses in NYC.

Which firehouse are you working at now?
Assigned to Bureau of Operations as Deputy Chief FDNY.

How are you spending this September 11th?
I will always go to WTC as long as I live on September 11.

What do you think of the memorial and redevelopment plans?
Families have had no input at all. I wish it could be like wall of Remembrance at Key Span Park in Coney Island with laser photos of loved ones on marble slate.

Has it been decided if families will get to go down in to Ground Zero this year, as they have previously (but Mayor Bloomberg may stop this year)?
I met with Bloomberg and other family members. Bloomberg listened to us and he relented and will allow us to descend down the ramp into the pit to lay flowers at the site where our loved ones breathed their last breathe and their souls left their bodies. Names will be read across the street at Zuccotti Park.

What's the best way to honor the memory of the people who died on that day?
Never Forget them as American Heroes.

What were you doing on September 11th (and the days after)?
I was digging for my son's body at Ground Zero from 9/11/01 until we recovered his body on 3/25/02 and carried his body out of the pit at Ground Zero with my three sons.

What made you want to be a firefighter? You have other children - would you want them to serve in the FDNY?
I love to help other people, very satisfying. My four sons all became firefighters in Brooklyn.

How do you feel the FDNY has responded to change its tactics in the wake of 9/11?
Training for terrorism and haz mat has increased, but the job has lost much needed experience because of 9/11 and the job is very young now.

What do you think of the problems with the Deutsche Bank fire?
Deutsche Bank was a terrible tragedy. The standpipe being broken is criminal. LMDC and Bovis were required to maintain the standpipe operational. Where were the site safety managers of Bovis and daily inspections by them?

Regarding next year's election, are you doing anything to let the rest of America know about Giuliani's actions on 9/11?
We will protest around the states to let everyone know the Rudy failed to prepare for the WTC attacks. He failed miserably before, during and after 9/11. No drills at WTC from 1993 to 9/11/01. Radios failed in 1993 and again in 2001. Command center at 7 WTC. No unified command, No interoperable radios FD and PD. 911 operators telling people in South Tower to stay put even before plane hit South Tower, yet FD commanders at scene were calling for its evacuation. Lying about quality of air, and not obtaining proper face fitted respirators until Nov 2001 leading to 70% of 1st responders with 9/11 illnesses while Rudy was too busy to lift a finger to help them because he was making tens of millions of dollars capitalizing off 9/11. His legacy will be thousands of sick and dying first responders.

Has Giuliani had any contact with the FDNY since the "Urban Legend" video was released in July?
No contact with us or unions. He called the unions democratic even though the UFA backed Guiliani and Bush, but IAFF backed Kerry.

Rudy Guiliani was confrontational and antagonistic in his mayoral terms in NYC. Rudy should take these words of author William Arthur Wood. "Leadership is based on INSPIRATION not domination and COOPERATION not intimidation."

On a lighter note, do you have a favorite place in the city to go to unwind?
Relax at Tony DiNapoli's restaurant on 84th St and 2nd Ave on the East side. Great food and very hospitable.

Photo via the Urban Legends video