The Global Citizen Festival—which aims to raise awareness about poverty worldwide—will return to Central Park's Great Lawn this September 27th, for its third year. The event coincides with the UN's General Assembly, as it has in the past. But will the 60,000 capacity lawn be enough for a concert featuring Jay Z, fun., No Doubt, Carrie Underwood, The Roots, and Tiësto? Just look what happened when the Black Eyed Peas played!: 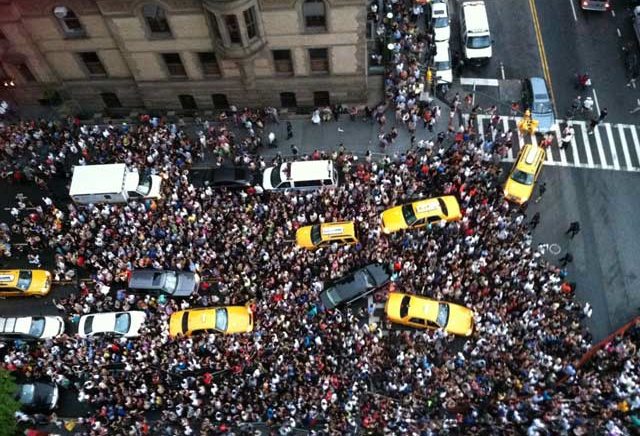 Hugh Evans, chief exec behind the Global Poverty Project, told the NY Times, “This year we think we have an extraordinary opportunity to focus on three of the most pressing issues facing the global community... education, sanitation and vaccination." According to the paper, "his organization has paired each one with an ambitious but practical solution, like supporting the Water for the World Act, which awaits approval by the United States Congress."

As for the eclectic lineup, Evans noted, "I love how this year's lineup brings together the king of hip-hop and the king of EDM."

Want to buy a ticket? Too bad. You're going to have to work for it. According to Rolling Stone, "A key tradition of the event is its unique ticketing system: over 80 percent of the tickets are distributed free, earned by performing activist actions on the Global Citizen online platform." You can earn your tickets here... or, fine, there are some limited VIP spots available (and your money would be going to a good cause), starting at $75 and going up to $675.