Last week, Gothamist reported that scaffolding from a neighboring Long Island City development was temporarily obstructing James Turrell's Meeting, a permanent installation housed inside MoMA PS1. As one of Turrell's signature Skyspaces, the piece requires a clear view of the sky above for viewers to have the full effect, and currently the construction is jutting into the space.

This afternoon, PS1 confirmed to Gothamist that "after further conversation with James Turrell, we have closed Meeting at the artist’s request and it will remain closed until the temporary construction scaffolding is no longer visible from the work."

Turrell has shuttered Skyspaces in the past for unexpected protrusions. In 2013, a luxury condominium in Dallas, the Museum Tower, became visible through Turrell's Skyspace, "Tending (Blue)," at the nearby Nasher Sculpture Center. After the obstruction could be seen through the installation, he deemed the work "destroyed" (but has created another design to go up in its stead, without the tower in sight). 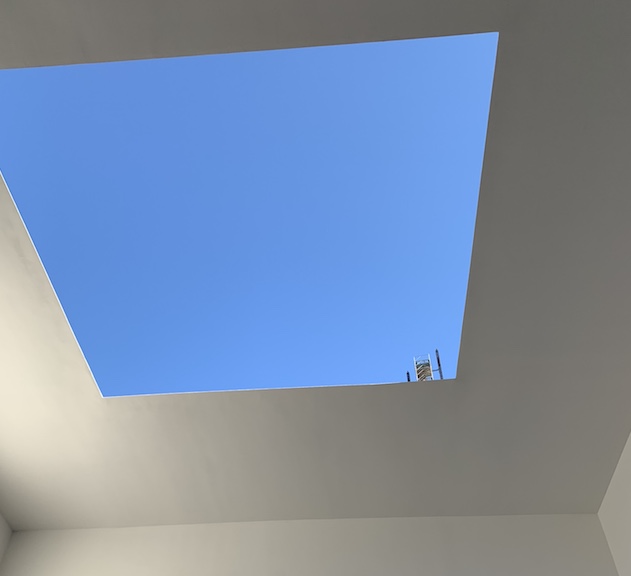 Neighboring development can be seen poking through this Turrell piece. Used with permission by Edwin Allen.

The ongoing development, from the 5Pointz high-rises across the way from MoMA PS1, is estimated to be completed around June 2019, as developer Jerry Wolkoff previously told Gothamist. We've reached out to Turrell's studio, and will update when we hear back.