Two Hours Away, Part 7: Finding The History That Precedes You

Did you know Bermuda is literally two hours from New York City? You might not have realized it's a nearby vacation option, and it's not just for country clubbers anymore. To reveal the true island, Gothamist is helping Bermuda spread the word of its amazing cultural and culinary heritage, pink beaches, clear waters and obviously, all that rum. Here's Part 7 of 'Two Hours Away', on knowing where you are by the history around you.

There are two ways to spend a vacation: indulging and relaxing or exploring and learning. Bermuda doesn't just have interesting food and beautiful beaches; it's a small island full of windows into its past and tons of ways to find them. If you plan your vacation for both, you won't regret it.

So what makes it different from any other resort island?

Though Bermuda looks like lots of island destinations, it's made a little more special by its history as a military base and as a very early stepping stone in the New World. As you learned in Part 4 of this series (links there), the island's shipwreck history is unmatched. Combine treacherous—and beautiful—coral reefs surrounding most of the island with a sailing history predating most of its neighboring islands and you're bound to find some interesting stuff lying around. 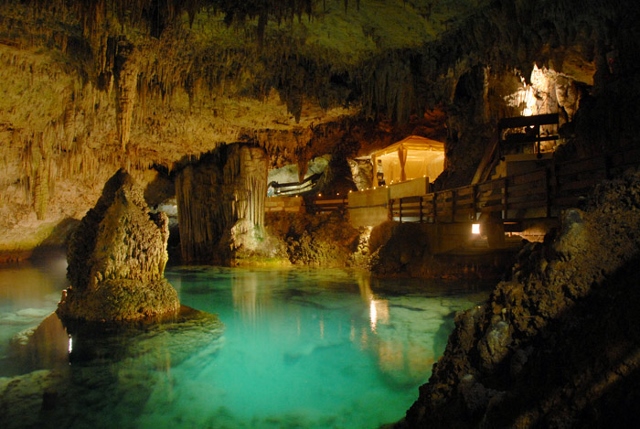 On Bermuda you can choose between human history and natural history and neither will disappoint you. For the human element, visit the forts around the island, some built to prevent piracy in the 17th century, some built for British interests in the Revolutionary War, and still others built for protecting maritime ports. Visit what's left of Burnt Point Fort for a taste of 1688 and spend hours at Fort Hamilton seeing cannons, tended gardens, and a real-life moat.

For natural history, there's plenty: crazy geological formations at the Crystal & Fantasy Caves, an underground "cathedral" at the Grotto Bay caves, wildlife and crystal-clear ponds at Blue Hole Park, and all the beautiful reefs surrounding the island. 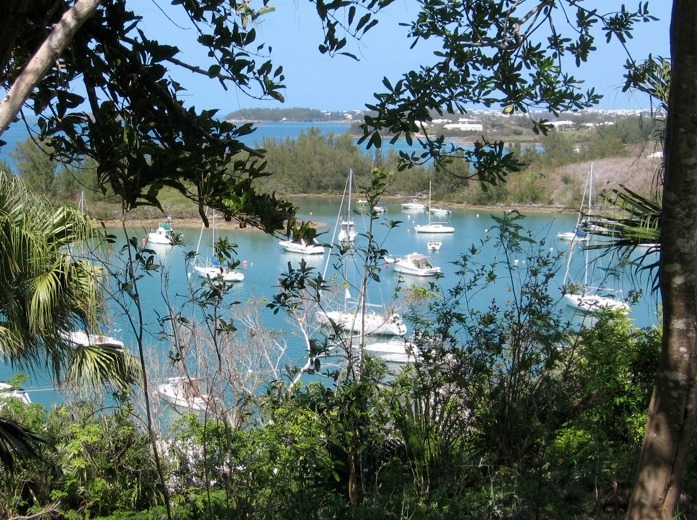 A glimpse of the harbor from the railway path. (Bermuda Railway Pages)

Take a grand tour of Bermuda via the old railway trail for the rail line that brought the island into modernity in 1931. Despite the island's private motor vehicle ban in 1908, the railway failed miserably and closed after only 17 years. What remains is a beautiful, linear park running 22 miles through coastal views, several towns, and thickly-wooded scenery. Hiding in the trail's bordering growth you'll find loquats and Surinam cherries, a great opportunity to sample some natural flavors of the island.

What if I said I'm kind of lazy? 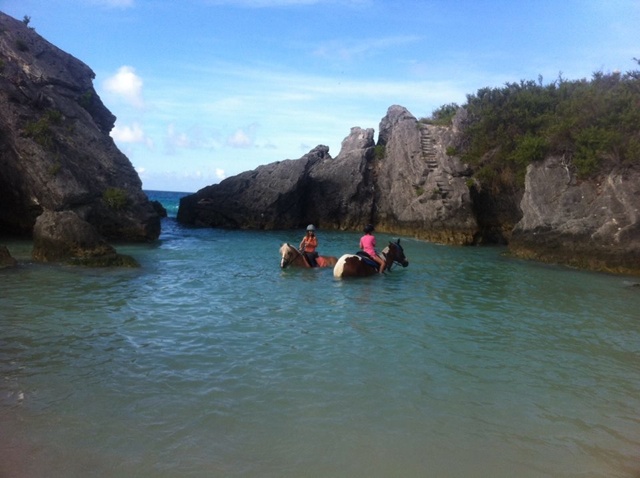 Make it easy on yourself and line up some tours. Explore some beaches with Hidden Gems Tours, the South Shore Eco Tour at Warwick Long Bay, or with Tom Moore's Eco Tour for a look at Blue Hole's natural pools, caves, and mangroves. Or do it the coolest way ever and go with Spicelands Horse Tours, where you'll get to race down a sandy beach on horseback just like the cover of a romance novel.

For some historical perspective, try CedarTours—led by a St. George's Parish native who'll show you her favorite architecture, businesses, and colorful characters—a GAR Transport tour, or be that guy and take a Segway tour of the Royal Naval Dockyard. 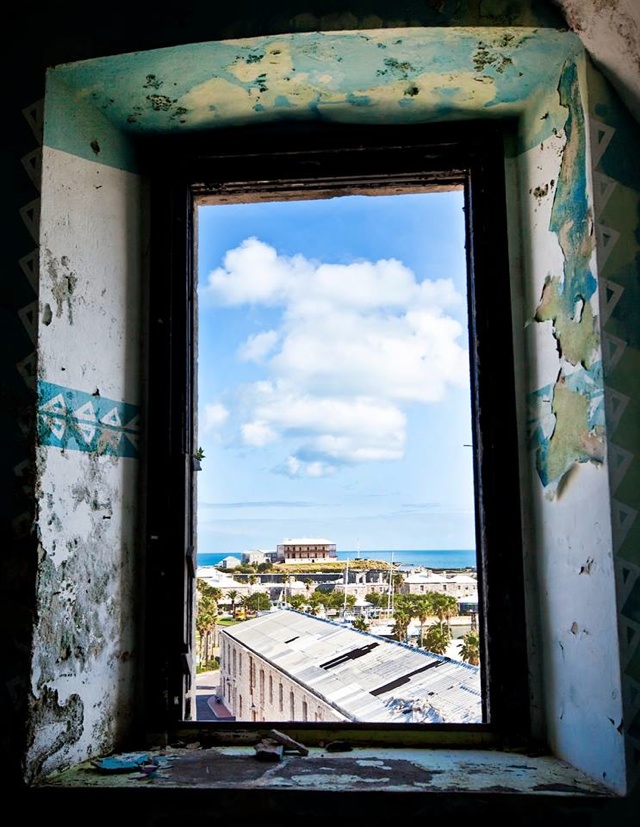 View of Commissioner's House from Casemates (National Museum of Bermuda)

If you'd prefer all the learning to be in one air-conditioned place, consider the National Museum of Bermuda for an extensive look at the island's history of war, trading, and cultural intermingling. You can also go to the Bermuda Institute of Ocean Sciences on Wednesdays, where a guide will show you the institute's labs and facilities, offering news on any ongoing projects the scientists are working on.