Did you know Bermuda is literally two hours from New York City? You might not have realized it's a nearby vacation option, and it's not just for country clubbers anymore. To reveal the true island, Gothamist is helping Bermuda spread the word of its amazing cultural and culinary heritage, pink beaches, clear waters and obviously, all that rum. Here's Part 6 of 'Two Hours Away', to prove that island days don't actually end at sunset. 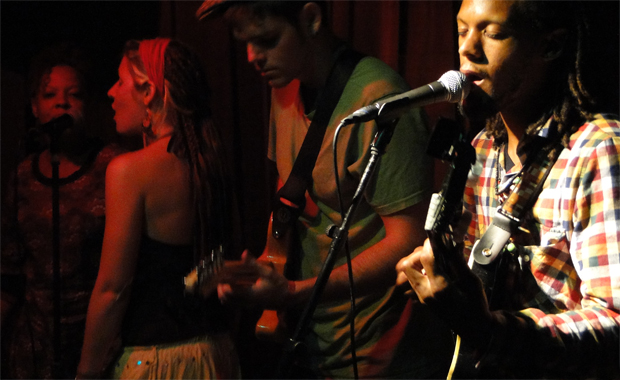 When you think of a tropical vacation, you probably see yourself waking up early, walking on the beach, drinking on the beach, eating lobster in white linen, and going to bed at 10pm. This does not have to be the case.

Okay, it doesn't have to be the case every day. For one or two of your nights in Bermuda, plan on a tour of the bars, nightclubs, and music venues the island has around—you'll be surprised what you can find.

Let's start easy and find places to sit down with a drink. 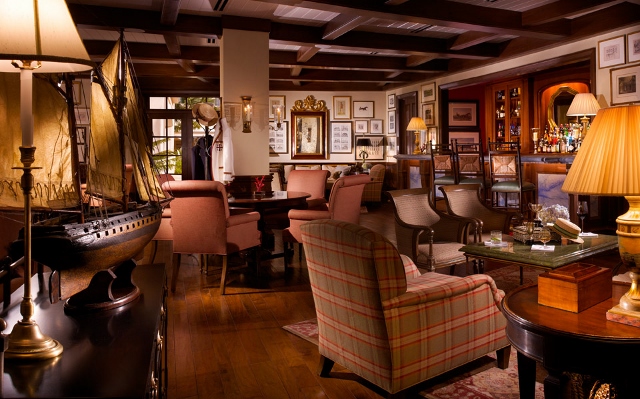 If you're up for something fancy, you can head to the Martini Bar at the Barracuda Grill, a famous after-work spot for power suits. Even if this wouldn't be your scene in New York, there's something to be said about an intimate bar serving up world-class martinis by a friendly bartender—Ryan's his name—making this a popular spot for a hot date despite the happy hour atmosphere in the early evening.

For fancy drinks that aren't martinis, check out Tucker's Bar at the Rosewood Hotel in Hamilton Parish. The dapper bar overlooks the hotel's beautiful pool and serves up great classic cocktails and twists on Bermudian favorites.

Missing your neighborhood dive? Flanagan's seems like a typical Irish bar, but it's got great bar food, harbor views, and live music during the summer season. For a sophisticated wine list, try Fresco's in Hamilton and drink on the beautiful terrace. Balance the wine with the decorated chef's Bermudian spin on Mediterranean cuisine.

What if I want a little culture with my booze?

Your first pick should be Chewsticks, an awesome multi-use venue run by the Chewsticks Foundation, focused on instilling pride and identity in Bermuda's youth, creatives, and at-risk citizens. Almost every night of the week you'll see a diverse group of locals and tourists taking in talks, open mic sessions, hip hop, reggae, and DJs.

For jazz or a piano-bar vibe, head to LV's in Hamilton or stalk the calendar of popular performer Tony Bari, who hosts a radio show and plays at various venues around the island, sometimes solo, sometimes as the Tony Bari Trio. For salsa there's Ozone Nightclub, which has professional instructors on Thursdays.

John Lennon fans might be aware of the musician's connection to Bermuda; in 1980 he spent an extended vacation there, writing 25 songs and breaking a long bout of writer's block. On September 21st, the island will be throwing the second annual Lennon Bermuda Peace Concert at the Bermuda Botanic Gardens. Expect a tribute to the Beatles, Bob Marley, and lots of great music. If you'll be there before fall, head to the Royal Navy Dockyards for weekly Lennon tributes.

Not gonna lie, by "culture" I meant "lasers and heavy bass." 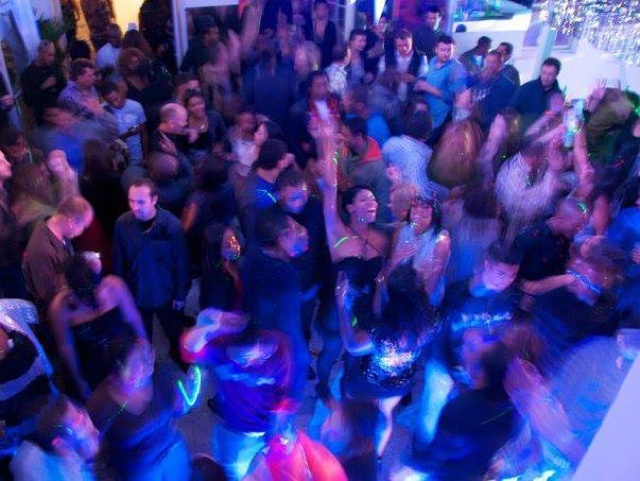 Oh, no judging here. There's plenty of that, too. Cosmopolitan Ultra is new to the island but already making a name for itself with open-air dancing, great bartenders, and local vibes. Hundreds of revelers visit the nightclub on a given night, turning Front Street in Hamilton into a bit of a party zone. Theme nights like Sin City Wednesdays and Full Moon Saturdays take it over the top.

Similarly, there's Club Aqua, adjacent to the Snorkel Park Beach you may have visited earlier (links to diving/snorkeling post). They put on huge parties regularly—Wet and Wild in June will likely be the event of the year—but head there any night for DJs, shots, and bikini-clad dancers.

For great local color, go to Spinning Wheel downstairs from Chewsticks and see a club that's been tearing it up since the '70s. Other clubs on the island to check out are Level, Light, and Moon.