Did you know Bermuda is literally two hours from New York City? You might not have realized it's a nearby vacation option, and it's not just for country clubbers anymore. To reveal the true island, Gothamist is helping Bermuda spread the word of its amazing cultural and culinary heritage, pink beaches, clear waters and obviously, all that rum. Here's Part 5 of 'Two Hours Away', about a place where "Sunday best" means "sensible, pastel short-pants." 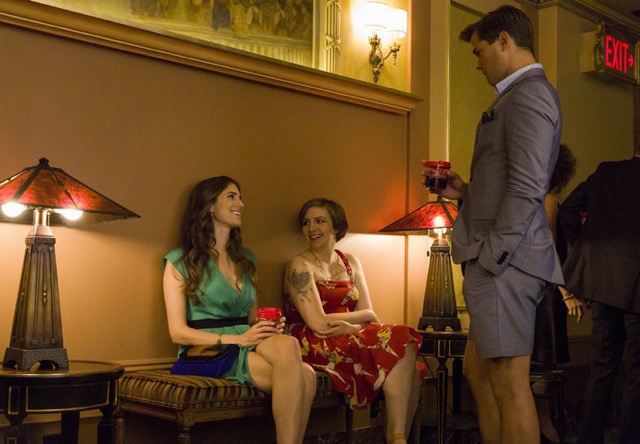 In Bermuda, this wouldn't have been a scandal. (HBO/Girls)

Men in shorts is a contentious issue here at Gothamist, but Bermuda has an entire culture of it. How does something like that come to be?

Yes. But what else have you learned about Bermuda so far? A long history of military presence means lots of influence.

British sailors at the turn of the 20th century were wearing white shorts with a pressed white shirt. This look was eventually adapted to desert khaki by Army soldiers stationed around the world, who paired the shorts with down-turned knee socks and ankle boots—how cute!—unwittingly giving Bermuda its sartorial voice.

A more quaint version of the story would have it that British officers stationed in Bermuda became jealous of a teashop's lax summer uniform policy of navy blazers and tailored shorts. Rear Admiral Mason Berridge took the audacious look for his men, later awarding the teashop owner an Order of the British Empire for his enterprising thinking.

Is it all about the shorts, or do I have to try harder than that?

You know what? You do have to try. The spirit of Bermuda shorts is more than pairing them with a rumpled Joy Division shirt you found on the floor this morning. Now, this is where things can get difficult; stay with us. 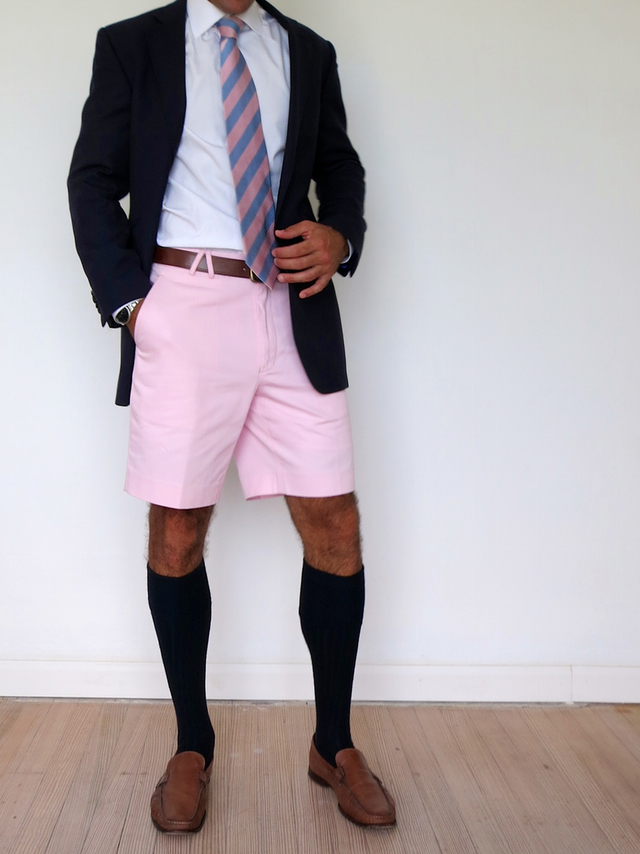 The ultimate in formalwear. (TABS)

Step 1: Find your shorts, and make sure they're nice. By "nice" we mean tailored, flat-fronted (no pleats), and no more than 2-3 inches above the knee. Make sure they're pastel, too. It's not strictly necessary, but you want to look the part and match the beachy scenery, right?

Step 2: Put on a white or lightly-striped dress shirt and a tie that complements your shorts in some way. Go ahead and match it directly if you want.

Step 3: Find some socks. Yes, socks. Tall ones. They should either match your tie or be navy. These are going to reach your knees, but don't worry—you're gonna love it.

Step 4: Put on a navy blazer and brown or black loafers. This is mandatory. 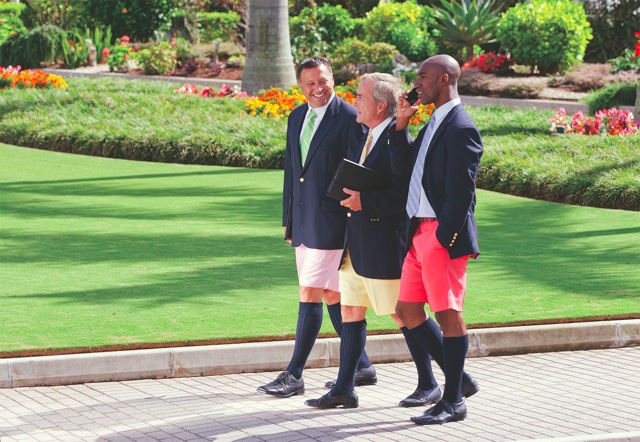 Just en route to the jauntiest board meeting ever. (Bermuda Tourism)

You are now wearing formal attire for life on Bermuda! Are you going to the office, a meeting, a wedding, or some other celebration? This is what 90% of the men there will be wearing.

Are you doing any of those things stateside? People are going to give you looks. But take heart: this is a look partially inspired by the manly Scots of yesteryear, breaking the mold with kilts, knee socks, and tasseled loafers. So really, you're going to be the most impressive man in the room. Congratulations!