Two Hours Away, Part 3: Where There's Water For Swimming

Did you know Bermuda is only two hours from New York City? You might not have realized it's a nearby vacation option, and it's not just for country clubbers anymore. To reveal the true island, Gothamist is helping Bermuda spread the word of its amazing cultural and culinary heritage, pink beaches, clear waters and all that rum, rum, rum. Here's Part 3 of 'Two Hours Away', for daydreaming when the A/C breaks down. 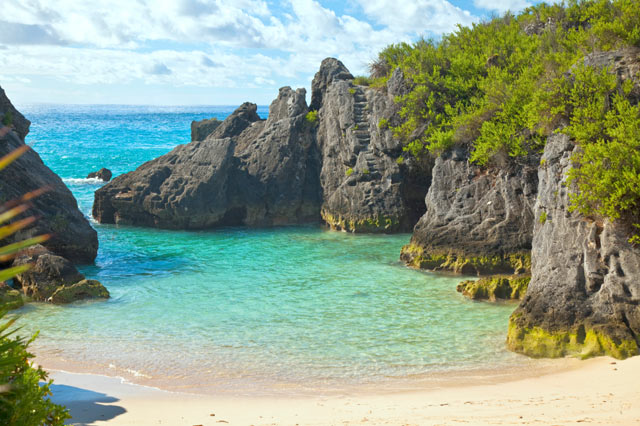 Summer in New York is a humid struggle, full of all the heartache of ConEd bills and packed public pools. Good thing Bermuda's full of ways to swim, jet ski, water ski and sail, and it's basically as close as Fort Tilden. Think about it.

Just a swim and some drinks. That's all I want.

We've already talked about rum, so where should you take it to achieve your tropical dreams? Anywhere. Seriously, just walk in any direction for a while and you'll end up on a postcard. Here are a few of the beaches with the best sand, water, and Insta-worthy sunsets:

Horseshoe Bay Beach. The best of the best, famous for good reason.

West Whale Bay Beach. In April you can catch whales heading to their summer feeding grounds, but locals love it for shore fishing and stunning sunsets.

Warwick Long Bay. "Long" because it's got a half-mile-long beach, complete with a coral island visible just offshore.

And yes, there are tons of others. It is an island, after all.

Just kidding about the sitting, I should burn off all these Dark 'N' Stormies. 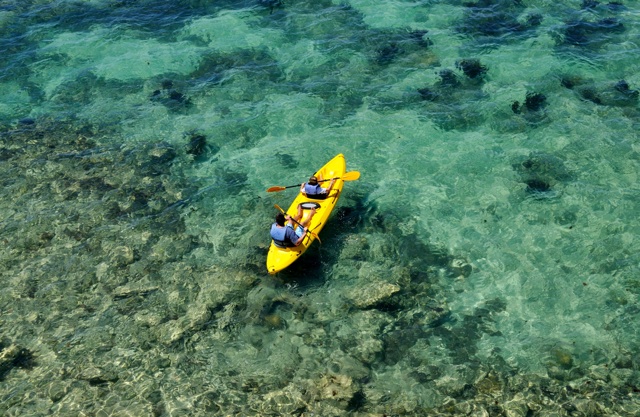 You could probably plan a two-week vacation in Bermuda consisting of nothing but water sports and still never run out of activities.

For minimal physical effort, try Blue Water Divers for whale watching, Escape Yacht Charters for sailing (and beaches accessible only by sea), and countless boat charters for fishing. There's also H20 Sports for kayak rentals and guided tours if you feel like piloting your own vessel that day.

If it's intensity you're after, there's plenty of that to go around. H20 Sports also rents jet skis for solo use or guided tours, Bermuda Waterski Centre has waterskiing covered, and K.S. Watersports has parasailing.

The holy grail, though, is what's called flyboarding. Take a board, attach it to some boots, route the propulsion jet from a jet ski through that board and you have... well, just watch. Coconut Rockets will stick you on one of these if you're up for it, but your body might hate you later.

What about spectator sports? That's a thing, right? 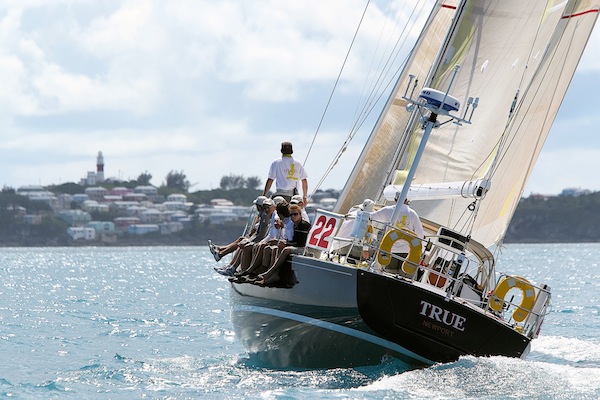 Near the finish off St. David's Lighthouse (Bermuda Tourism)

Totally! If you've ever been into sailing—or really, just gazing wistfully at distant figures on glittery waters—you should head to the island by June 20th to catch the Newport Bermuda Race.

It's a world-renowned bi-annual race from Newport, Rhode Island to St. David's Lighthouse off the eastern end of the island, and the trophy here is one of the most coveted in the world. This doesn't mean it's unattainable; 20-25% of entered yachts are under first-time skippers. Once competitors start crossing the finish line, spectators join hundreds of sailors to celebrate their achievement, which is often a life's dream accomplished.

This post is a sponsored collaboration between Bermuda Tourism and Gothamist staff.