Is This The Most Peculiar Home In Brooklyn Heights History?

UPDATE, 8/19/15: Much more information on the house can be found here.

Have you ever seen a home like this in New York City?

We're going to file this unique bit of architecture under a History Mystery for now, as we haven't been able to find much information about it. But we can't stop staring. These photos, courtesy of the Brooklyn Public Library, are dated March 27th, 1921—they note that the home was on Columbia Heights between Pierrepont and Clark in Brooklyn Heights. It is described as an "adobe Spanish-style house with patio." 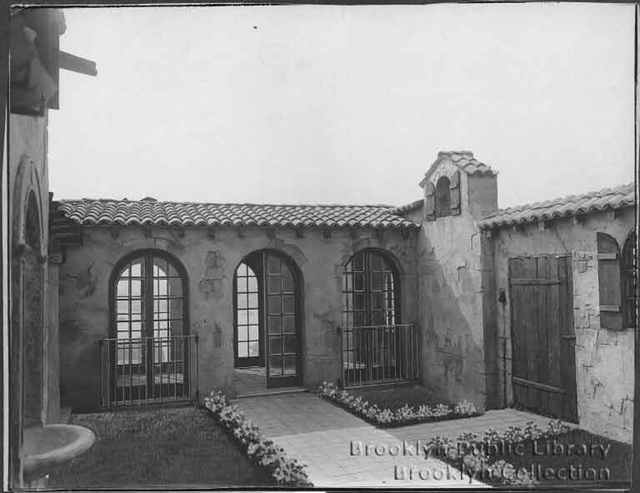 The home—which is definitely no longer there—was likely on the East River side, since there are no buildings showing up behind it. The Promenade wasn't built at this time, and this home could have very well been torn down when Robert Moses came through. (Update below.)

We've reached out to a few New York City history experts, and will update as we find out more. 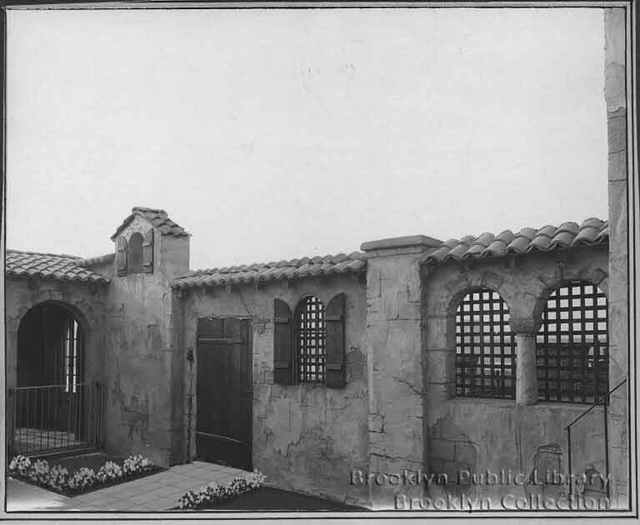 IMPORTANT UPDATE: THIS HOUSE STILL EXISTS. Commenter R.O. Shipman points us towards this Corcoran listing for 220 Columbia Heights. It appears the above photos were taken on this property's roof, though today it appears much of the structure is missing. 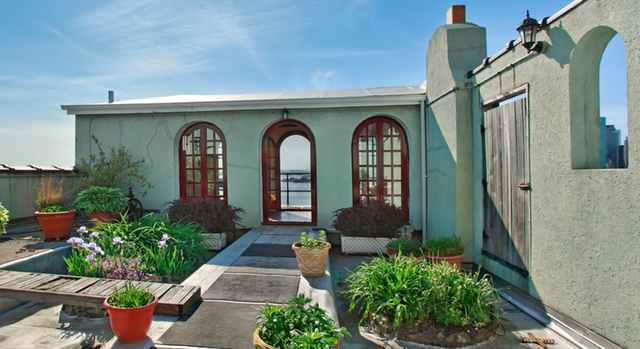 #architecture
#brooklyn heights
#flashback
#history
#history mystery
#original
Do you know the scoop? Comment below or Send us a Tip