Is This The Most Beautiful Art Deco Building On 5th Avenue?

New York City is a tough town for buildings—there's just so much competition. You've got your Woolworth, your Empire State, your fancy new Hearst. But you've also got some hidden gems, some beautiful buildings that tourists and locals are both overlooking on their way to the Chrysler. Meet the Fred F. French Building, at 551 Fifth Avenue and 45th Street—well known, but perhaps not so widely known.

I spotted this beauty walking to the dentist recently, crammed in there on 5th Avenue and with a Tommy Bahamas now sitting in its foundation. The top of the building and its many setbacks caught my eye from a block or two away—so vibrant, but clearly old. Like 1920s old. In fact, it's a few years older than the Empire State Building, and boasts a similar art deco facade, with an orange/terracotta hue. 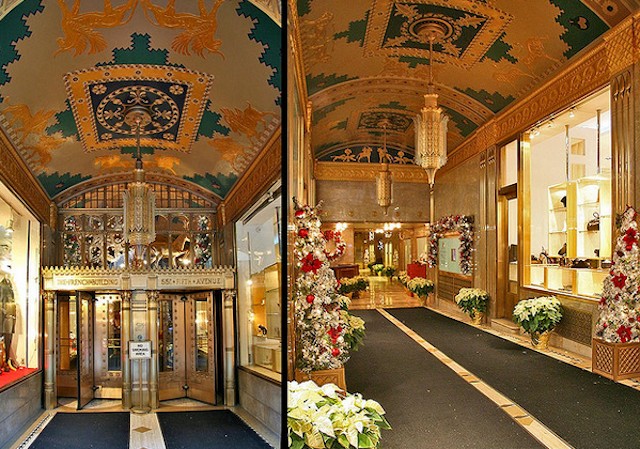 When it was getting touched up in the 1990s, the NY Times pointed to early criticism of the building, in particular from George S. Chappell, architectural critic for The New Yorker, who "ignored the color and styling and criticized the 'rows of dreary factory windows." He asked: "Can't the Fifth Avenue Association do something about this?" 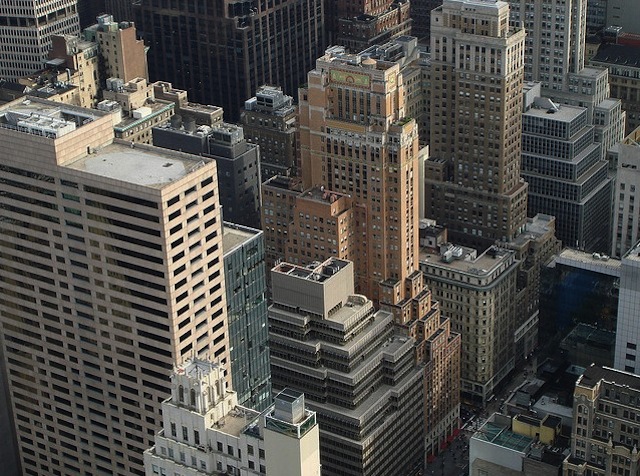 The building is mostly filled with office space, and while you can enter the lobby, they don't want you taking photos in there. 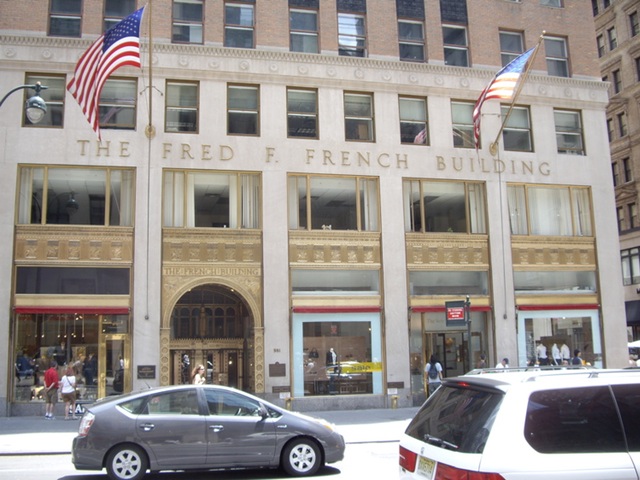