Is The Tenement Museum Up To Code?

(Courtesy of the Tenement Museum)

Is 97 Orchard Street, also known as the Tenement Museum, up to code? They're inviting you to find out, during their Tenement Inspectors event on March 6th, where you will play the role of building inspector. You won't be wielding any real power, but at least the former residents of the building, played by their costumed interpreters, will pretend you do.

Tenement Inspectors—which hasn't taken place since last summer, and this time around will be geared more towards adults (read: wine)—allows visitors into 97 Orchard, where they will be given the assignment of seeing if the building is up to code, while delving into the broader questions of social justice and housing. This will happen via interviews with actors portraying the building’s landlord and tenants. 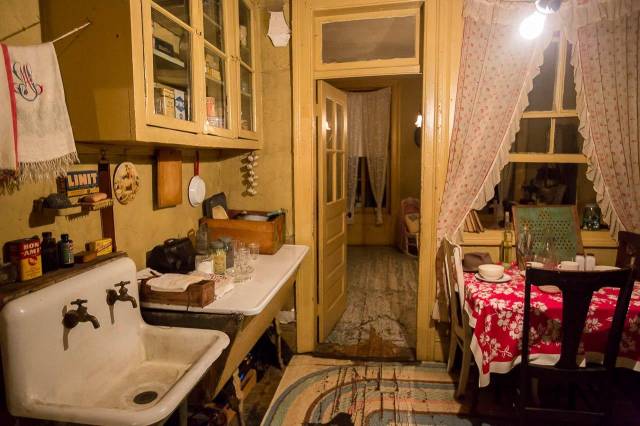 The Museum reminds us that "in 1901, New York State passed the landmark Tenement Housing Act, responding to hazardous and unsanitary tenement conditions." When you enter, you'll be in 1906, five years after the act passed, however, the building was built in the 1860s, when these housing laws weren't in place.

The New Yorker attended the event last year, if you want to read a detailed account of the experience before dropping $40 on it.

#building code
#event
#housing inspectors
#tenement museum
Do you know the scoop? Comment below or Send us a Tip