Is The Great British Bake Off Going Up In Flames?

The Great British Bake Off is the greatest show on television—this is an indisputable fact, and anyone who disagrees hasn't had the pleasure of spending a season watching Paul Hollywood undress a Cranberry Upside Down Cake with his beautiful, beautiful eyes. But now there's trouble across the pond.

GBBO, which has slowly developed a passionate American fan base, is basically Britain's most popular TV program (and it's the key to understanding Britain today). It's been on BBC for all seven of its seasons but financial negotiations have forced it over to Channel 4, a younger station that's still publicly owned, but with commercials.

The network change has thrown the cooking competition into turmoil—presenters Sue Perkins and Mel Giedroyc are leaving, and hosts Hollywood and Mary Berry might depart, too. And here in the States, where the show airs on PBS, fans are left wondering—what will happen to us? And our soggy bottoms?

PBS and BBC are frequent partners. For now, PBS airs new seasons just behind BBC, and offers older seasons (4, 5 and 6, currently) on its own streaming platform, for a price. Netflix, meanwhile, has only one season of GBBO—the good news is, it's the most dramatic season ever aired, but it's really just enough of a taste of the show to get you hooked, and the final cake pan is doled out way too soon. Some episodes are sneakily on YouTube, though the quality is fairly questionable. 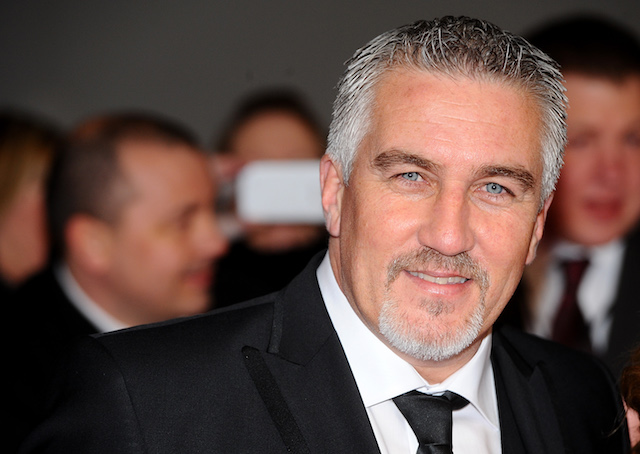 It's not clear what will happen to GBBO here, once the show moves to Channel 4 next season. (Apparently Channel 4 offered 25 million pounds for the program, which BBC would only go to 15 million pounds.) We reached out to PBS to see if Channel 4's acquisition will hamper PBS's air rights, and have yet to hear back—probably, they don't even know yet. It's also unclear whether we'll get more seasons on Netflix—Channel 4 shows like Black Mirror, Peep Show, and The IT Crowd are all available to stream for us, though we do get new seasons later than they do across the pond. We contacted Netflix to find out more about their licensing agreements with Channel 4, but have yet to hear back.

The significant thing here, though, is that GBBO will never be the same, and that is a recipe for darkness. For anyone who hasn't seen this masterpiece, it's a gentle, lovely show with no real prizes, competition, or drama. The bakers compete for naught but a cake pan, they get to go home every week and be with their families until the weekend bakes, and they all end up staying good friends after the show, no matter how annoyed they get when a contestant leaves a freezer door open during a Baked Alaska competition. Most importantly, they all have beautiful, lilting accents, and they have taught me a lot about all those cute little Tudor towns in the United Kingdom.

Aforementioned presenters Perkins and Giedroyc, responsible for all the show's wonderful ladyfinger-related innuendo, put out a statement today confirming they were leaving GBBO:

This is the worst thing to happen to Britain since Brexit.

Update: A spokesperson to PBS says, "PBS is proud to be the U.S. home for The Great British Baking Show (U.K. title: The Great British Bake Off), and we look forward to bringing at least two more seasons of the popular series, which will have already aired in the U.K., to American audiences in the months ahead."

#brexit
#great british bake off
#mary berry
#Mel Giedroyc
#paul hollywood
#sue perkins
#tv
#why god
Do you know the scoop? Comment below or Send us a Tip