Is Mrs. Seinfeld's Cookbook Deceptive As Well As Deceptively Delicious? 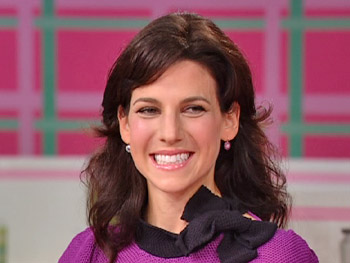 Remember that episode of Seinfeld where Kramer’s convinced that Calvin Klein has stolen his fragrance idea – “The Beach” – and marketed it as “Ocean”? It’s a plot line that’s sure to take on a peculiar resonance for author Missy Chase Lapine, whose cookbook The Sneaky Chef

– about getting kids to eat healthy by slipping veggies into treats – is startlingly similar to Deceptively Delicious, a recent cookbook by Jerry Seinfeld’s wife Jessica (pictured).

But the similarities stop at the book sales. Mrs.Seinfeld – who knows a thing or two about networking, meeting Jerry at the gym right after her honeymoon with Eric Nederlander – was able to get on Oprah to plug her book. Now HarperCollins has six printing presses pumping out the best selling Deceptively Delicious, with print runs of 2.5 million through January. Lapine’s book? 24,000. And we're pretty sure that Lapine hasn't thanked anyone with 21 pairs of designer shoes worth $20,000, as Seinfeld did thank Oprah.

Ms. Lapine submitted her book to HarperCollins and was rejected twice; two weeks after the second rejection, HarperCollins met with Mrs. Seinfeld about her proposal “because of her name and her agent”, per HarperCollins' president. Naturally, Jessica Seinfeld denies the allegations, insisting that she – not hired chefs! – do the cooking in their deluxe apartment at the tony Beresford and that she was making mac and cheese when she got the book idea. Speaking to the Times, Ms. Lapine gave a diplomatic statement through gritted teeth: “I suppose it’s possible it’s a coincidence.”

What do you think? The Times and The Daily News have more on the developing scandal, which, given the vast amount of money involved, seems headed to court. Or at least a scathing statement from Kline's publisher next week. And maybe Jessica will update her blog?