Is Brooklyn So Over? 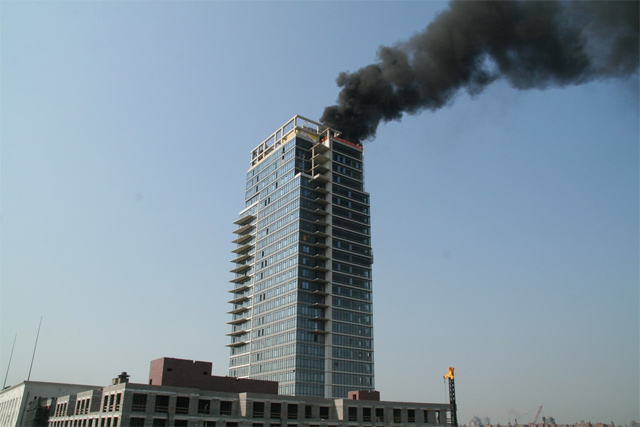 The NY Times is hinting that Brooklyn may be so over, a theory that seems to be based around Heath Ledger leaving the borough.

What if Brooklyn’s recent cachet as the locus for what’s next is little more than a thin and fragile crust of chic, hiding the insecurity of people who constantly measure the social currency of their ZIP code by Manhattan standards? The number of trendy boutiques, bistros and music clubs in Brooklyn may have spiked in the last five years, but its infrastructure of cool still represents only a fraction of that found in Manhattan. Its new identity is moored to a finite number of shops, restaurants, luxury condominiums and, yes, celebrities. If even one leaves, a void is created. Could the borough’s new status vanish as quickly as it ascended?

We think perhaps their belief is based upon a "thin and fragile" foundation. After all, if a borough's cred is based upon shops, condos and stars...Brooklyn is faring pretty well. With Trader Joe's, Urban Outfitters, an Apple Store and luxury condos flooding the market and John Turturro, Rosie Perez, Norman Mailer, Steve Buscemi, Jennifer Connelly, Paul Bettany, Paul Giammati, Adrian Grenier, Michael Pitt, Maggie Gyllenhaal and Peter Sarsgaard calling it home -- it seems Brooklyn won't be suffering from a lack of attention anytime soon, Heath or no Heath.

The Observer recently took a look at Brooklyn's real estate market through the eyes of Eric McFarland, manager of Corcoran Group’s first Williamsburg office. He spoke of the "Manhattanifying" of Brooklyn, and bringing a small army of people across the river to the new emerging markets. Sounds like the borough will be just fine (though maybe they jumped the gun on the whole Red Hook thing), but the current residents may not be into this "Manhattanifying" of which Mr. McFarland speaks.

Photo of Williamsburg condo on fire via I'm Not Sayin.