Interview: Noah Hawley Explains What 'Legion' Is Really About

Last year, Legion burst out of the gates with its first season, successfully avoiding the cliches and pitfalls of other superhero adaptations to become a genre-bending cyclone that smoothly switched between sci-fi thriller, psychological horror and endearing rom-com. It was one of our favorite new shows of the year, a visually sumptuous show with the kinds of shots you wanted to print out and frame.

So far in season two, which premiered on FX a few weeks back, David Haller returned after missing for a year to find that his fellow mutants now work for Division 3, and are still hunting down the parasitic villain Shadow King. There is also a virus that causes chattering teeth, powerful dance battles, visits from people from the future, Jon Hamm's narration, and Admiral Fukuyama, the basket-wearing cyborg who speaks through androgynous mustachioed androids.

We spoke to incredibly prolific showrunner Noah Hawley—in addition to Legion, he is also working on a limited series adaptation of Kurt Vonnegut's Cat's Cradle, an movie adaptation of his novel Before the Fall, his directorial debut Pale Blue Dot, a Doctor Doom film, and the fourth season of Fargo—all about expanding the scope of the show, why he likes genre material, and why he views David Haller's story as a tragedy.

Legion was dazzling and visually complex in its first season. It feels like it leans even more into itself in season two. How concerned are you about holding the audience's hand? Is their a line where you feel like things may get too far out, or do you not worry about that? No, I worry about it. I think that my goal is to really focus on character as much as possible, with the idea that if you're invested in these people, you're invested in the story. Obviously we're not a plot driven show. An episode of Legion doesn't add up to, this happened and then this happened and this happened. A lot of it is the experience of the show and trying to put you in David's shoes, and whenever you have a subjective show about someone who sees the world differently, you're going to see the world differently. But, obviously I worry to the degree that I sometimes tell the story that I want people to enjoy and follow, but I also have confidence from season one that the audience is willing to suspend their need for answers as long as they trust that they're going to get them eventually. 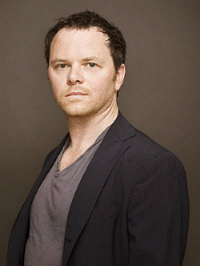 I've said that I've never made a second season of anything, which is true to the degree that I've never continued a story into a second season. And so honestly, I didn't really have a strong sense of how to simply continue the story, as funny as that might sound. For a show that is attempting to get below the surface of a complicated mind, it didn't just seem like we went from confusion to clarity in season one and we're just going to live in clarity now. I tend to build a story from a base of ideas in. So there's a lot that goes in before the actual action of the story is figured out.

What is the story about this year? I had a feeling I wanted the show to be a little more serious this year because I do feel that it's important to invest the audience in the characters, and the way to do that is really to raise the stakes of the story, certainly for David and Syd and their love story. I really think what drives the show for most people is wanting that love to be real and wanting that relationship to work. And like any relationship, it faces its challenges and most of those challenges come because you are who you are and I am who I am and my biggest obstacle is myself. There's a lot of factors that went into it for me.

As you said, so much of the show is from David's perspective, which is one of the reasons I found the fourth episode to be so fascinating, when we finally get into Syd's head. Even the music, I noticed, changed completely—most of the music prior to that largely references the 60's/70's psychedelic era. All of a sudden in this fourth episode, we get songs from contemporaries The National, Bon Iver and Tame Impala. What was the thinking behind that pivot? Well that fourth episode for me is an example of what makes the show so exciting, which is that I was able to use the genre, the fact that it's a genre show, to explore character themes the way that I couldn't in a straight drama. You know, taking an inventive structural approach to say, I really want to figure out and I really need David to figure out who Syd is and what motivates her. If this was a traditional drama, I could come up with a story with a beginning, middle and end, just kind of explain her to you. But it's not. It's a story about a person who can go into other people's minds... so if you can go into her mind and see her past, what would that look like?

And what would she want to know and how would she test him? And the fact that I can use the genre to do that makes it a version of getting to know a character that you haven't seen before, which I think is really interesting. And then musically, it is a different episode, it's a different type of story than the first three and so the moment that it sounds different, has a different musical identity, then it really stands out I think.

You keep referring to Legion as a "genre show." How do you think attitudes are changing towards genre material like this? Are viewers or critics taking it more seriously now? I'm not sure. I don't know the definition of taking it seriously. It's a multi-billion dollar industry. I think people take that very seriously.

If you're asking, do the more sophisticated, literary journals see this as high culture versus low culture, I'm not really sure. But I would imagine that they all watch it, one show or another, whether it's Black Mirror or Jessica Jones. I would imagine that if you find me a snob, I'll find you some pop culture that they love. They may not admit it but they do. You also look at the history of literature and film—it's genre that pushes the boundaries of storytelling. Kurt Vonnegut, who mixed genres, or David Foster Wallace, Jonathan Lethem, Philip K. Dick. Or 2001: A Space Odyssey or The Shining, these genre films that re-invent these different mediums. I think what I would tell [naysayers] is, if you think it's easy, try doing it well. 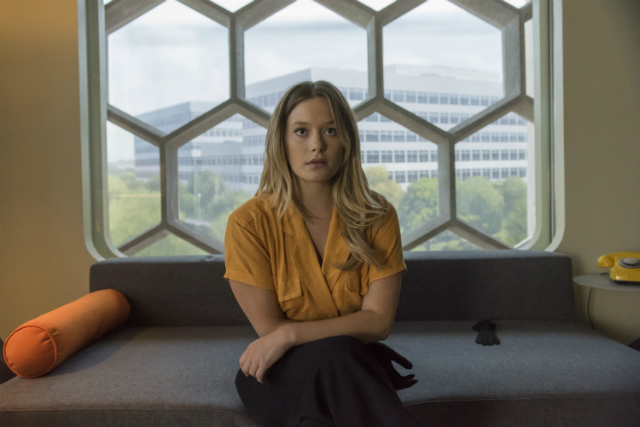 Why do you think so many superhero shows end up being so conventional and cookie-cutter? My feeling is it may be that the majority of comic book stories are more interested in entertainment than exploration, but the genre itself is capable of real depth and innovation and my goal was to test those boundaries and see: how much can I reconstruct the story, how much can I play with the structure while still keeping it grounded emotionally?

And you ask about whether or not I'm worried about losing the audience—yeah we all lead busy lives with very little time to commit to things and if the show feels like too much work, if it requires too much from you to track everything, I would imagine a lot of people will drop out after a certain point. So my goal has to become that each hour has some critically entertaining or compelling or mind-blowing element to it that's going to keep pulling you through, because I guarantee you in the end it all pays off.

Looking forward with the show, how interested are you in referencing or drawing from the comics, versus coming up with your own original characters like Admiral Fukuyama? Yeah, it feels like I'm down a path, you know, being two seasons in and that we're off the runway now. So I'm just following the story where it wants to go.

And because each season's a chapter in the story, it's not as if...let's say we killed off our villain at the end of season one. Now season two we have to reinvent the show. So the degree to which it really is a continuation, it means there's not a lot of opportunity to go back to the comic and say, "Oh they did this great run, issues 113 to 120, let's do that this year." So part of the active play for me is looking at any new characters or environments that are introduced—why I got into this is to play with original ideas in those spaces as opposed to taking things that are already there.

Knowing who David Haller is in the comic books, and the fact you've been working on a movie treatment for Doctor Doom, do you find yourself more compelled or interested in looking at the perspective of supervillains? Do you view them as antiheroes? A couple of things occur to me. One is, for some reason I'm really intrigued by tragedy, first as drama. Tragedy is sort of defined as something preventable that nevertheless occurs. And you look at a lot of these stories, say Victor Von Doom or David Haller, they're pretty tragic stories and they could've gone another way, you know? If they had found love in the right places, or if a certain turn of events hadn't happened.

That's what's compelling to me—the understanding that if you're not dealing with a sociopath, you're dealing with someone who was a baby once, like David, and grew up at a terrible disadvantage because he had a monster in his head. It's a tragic story because he hasn't had a chance. So it becomes an act empathy, but it doesn't mean that these characters can't turn out to do very bad things. But then the question becomes, how long are you rooting for them? It's the Walter White dynamic, which is everybody has a version of the moment when they turned on Walter White. And some people never did.

What's always more interesting, I find, is to have empathy with both sides of a struggle, it makes it more complicated. I always say with Fargo, and it's true with this: I never want violence to be entertainment. To the degree that we're headed toward violence [in Legion], when we get there I want you to feel something. Not just, "that was fun" or racking up a body count. It's much more about the tragedy of, "it didn't have to come to this, but somehow we're here."

#fargo
#fx
#interview
#legion
#noah hawley
#television
#tv
#original
Do you know the scoop? Comment below or Send us a Tip