Movie theater options in Crown Heights are few and far between. You can trek to the Pavilion on the other side of Prospect Park, the Kent Theatre down Coney Island Avenue in Flatbush and... not much else. Now three friends have opened the neighborhood's first movie theater, a storefront non-profit arthouse cinema run out of a former salon on Rogers Avenue called Video Revival.

Video Revival is run by three volunteers—Christian Hendricks, Erik Escobar and Hollis Johnson—who live in Bed-Stuy and Crown Heights, and who all have an interest or connection to film. Hendricks is an art grad student who works in video, Johnson is a photographer and Escobar works at a lobbying firm but is also a former programmer at Spectacle, an arthouse theater in Williamsburg that inspired the group.

Beyond his interest in art and experimental theater, Escobar said part of the appeal of opening Video Revival was being able to go to a theater that's closer to where he lives. The space seats 25 people in five rows of seats, with the chairs coming from a Philadelphia church that was looking to unload them. 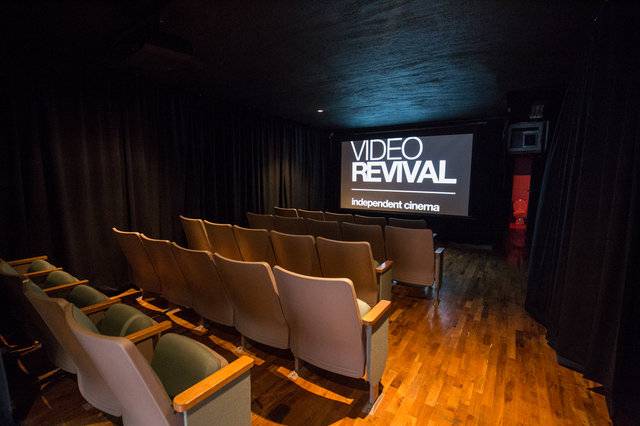 The theater, which is in a soft-opening phase at the moment, will be showing a variety of experimental films, but will also show documentaries, contemporary movies, animation and art films, the majority of which will cost just $8 for admission. At the moment, the schedule has films like anime psychological thriller Perfect Blue, '70s Melbourne punk scene slice of life Dogs In Space (which stars the late INXS lead singer Michael Hutchence) and Sidewalk Story, a black and white narrative of an artist living in Greenwich Village in 1989.

Hendricks also said there are plans for a short documentary showcase, a video art night and a queer film night, all of which could become monthly events if there's enough interest in them, and the group is also planning movie trivia nights.

Hendricks and Escobar are cognizant of the idea that opening an arthouse theater in a gentrifying neighborhood could be seen as just another piece of the rent-raising machine, so Hendricks said that the the trio talked with people who live on the block as well as Rawlston Williams, the owner of The Food Sermon (which is across the street from the theater), to see what they could do to fit in. Every Sunday will kick off with a $5 matinee screening of a family-friendly movie, and the theater is currently looking for any and all volunteers. Both owners said they'd be happy to hear programming ideas from nearby residents.

"We're trying to actively engage with our neighbors, and we're constantly asking them what kinds of movies they'd like to see," Escobar said.

Hendricks said that reaction from neighborhood residents has been one of support so far, with excitement from older residents about not having to travel to see a movie, including one who welcomed the new spot and told them a building across the street used to be a movie theater. 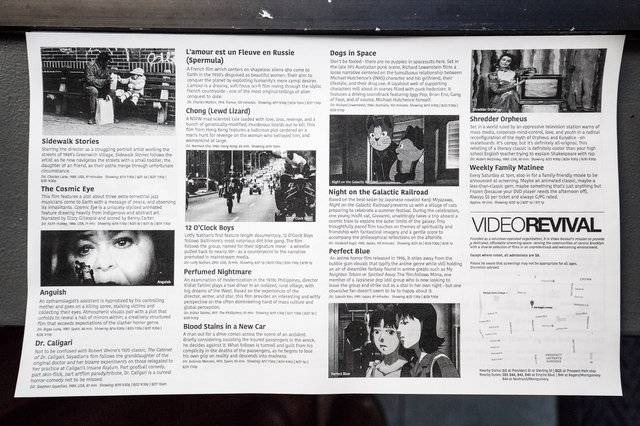