At the stroke of midnight on December 31st, 1888, The Players began its life, making it one of the oldest private clubs in New York City and the longest lasting club still housed in its original building. Edwin Booth, the club's founder and one of the most famous actors of his lifetime, purchased the historic townhouse on Gramercy Park in May of that year, with the intention of turning the building into a place where performers of the dramatic arts could mingle with their wealthier benefactors. In the time since its founding, the club has expanded its viewpoint to include both patrons and participants of all artistic forms, but its core base still leans towards the entertainment industry. 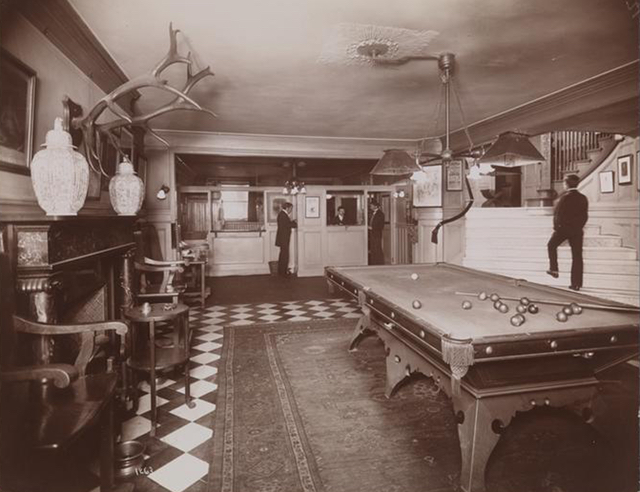 Billiards room and bar of the Players, located at 16 Gramercy Park. 1895. (Courtesy of the Museum of the City of New York)

If Booth's name isn't immediately familiar to the current generations, it's only because his family became infamous for the acts of his younger brother, John Wilkes Booth, who assassinated President Lincoln. The unfortunate legacy of Edwin's brother isn't swept under the rug at the club; a portrait of John Wilkes hangs in Edwin's suite, which is said to be in situ from the day of his death save for the addition of the portrait (Edwin wouldn't allow his brother's name to be mentioned during his lifetime). The letter Edwin wrote to the public admonishing his brother's actions and apologizing is also on display.

But the crowning jewels of this stately edifice far outshine the notoriety of one, unhinged sibling. The club is said to be home to the largest private collection of theatrical artifacts, from costumes to stage weaponry, in addition to portraits of famous members, including one of Joseph Jefferson, the second president of The Players, painted by John Singer Sargent, the famous American portraiture artist. 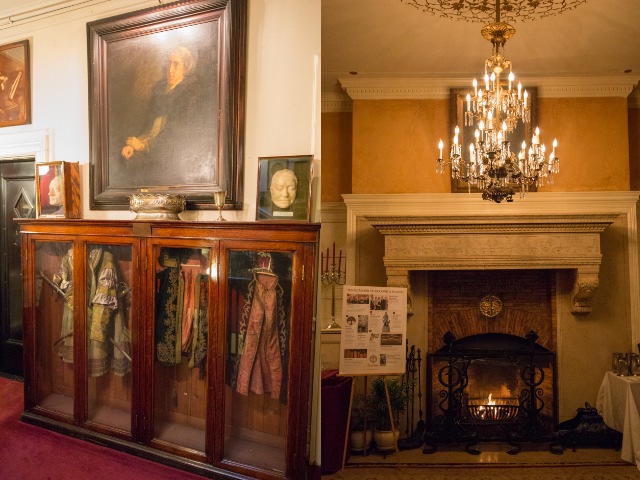 Between the historical decor and heirlooms are peeks over the club's modern life, like Balderdash board game cards ducked into the delft fireplace in the club's Card Room, which functions as a rehearsal space and casual gathering space, depending on the day. The Dining Room, which was added to the building in 1963, hosts live musical and theatrical performances, as well as being a gathering space for the club's soirees and mingling nights for prospective members.

Recently, they transformed The Kinstler Room into Edwin's, a reservation-only, Friday night dinner club reserved for members and their guests. There, they're offering a prix fixe menu and a separate wine list, in addition to outdoor seating that's unique to the area. The Players' balcony is the only place you can eat and drink outdoors overlooking Gramercy Park, another perk that's enjoyed by members, who all get keys to stroll around the private greenery.

Like many of the city's private enclaves, The Players is historically a venue for more established residents (Jimmy Fallon holds his annual Christmas party here, for example), with $1,500 initiation fees and annual dues beginning at $2,000. But as the club approaches 130 years, it's seeking to usher in a new generation of members. A new Associate Member program has been initiated, where participants are given access to the club daily until 5 p.m. for a $150 initiation fee and $600 annual fee. With this, one can work or relax at the club's famous Grill and sip a Gibson cocktail, which is said to have originated at the club.

For more information about club membership, send the club an email. 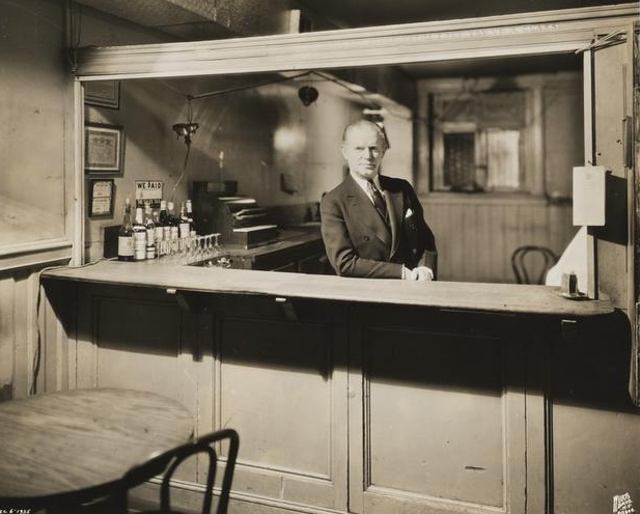 The Player's Club with Connelly, barkeeper. 1935. (Courtesy of the Museum of the City of New York)

#edwin booth
#edwin's
#gramercy
#gramercy park
#history
#the players
#the players club
#original
Do you know the scoop? Comment below or Send us a Tip