Inside The (Now Open) 'Secret' Section Of Central Park, Closed Off Since The 1930s The newly revealed "secret" section of Central Park, which has been closed off since Robert Moses declared it a bird sanctuary in the 1930s, has now reopened to humans. The fenced-off, 4-acre peninsula—located near The Pond—has been largely neglected for decades, becoming overrun by weeds and left untouched by man.

The Hallett Nature Sanctuary—renamed so in 1986 for George Harvey Hallett Jr., a birdwatcher, naturalist, and civic leader—is now open to the public a few days a week. This follows a landscape makeover which included the addition of a new rustic fence, benches, pathways, and new plantings, as well as a ton of weeding courtesy of the Central Park Conservancy's ROOTS participants. The high school students in the program focus on "the ecological restoration in Central Park’s woodlands," we're told, which includes "maintaining rustic trails, removing invasive plants, and cultivating new plantings."

There is now a mini-sanctuary within the sanctuary, as well, thanks to (rare gem dealer) Sima Ghadamian and her husband Morad—it is named for her parents, Mahrokh and Iradj Sakhai. In the gallery above you'll see a photo of their plaque, as well as photos of the revitalized plot of land (and its raccoon residents!) from our visit this week.

To keep the area serene and preserved, the CPC tells us they will only allow around 20 people in at a time. 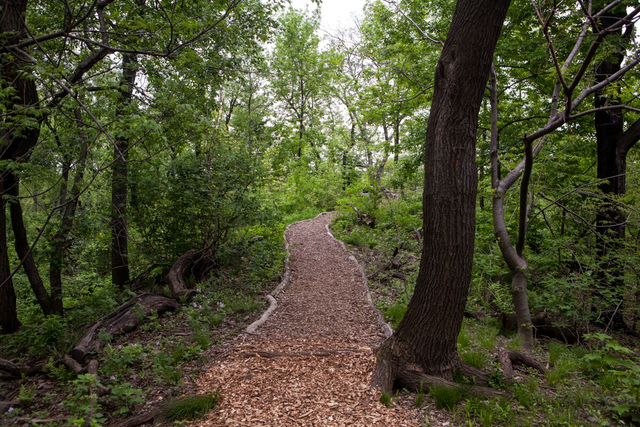 If you would like to check explore yourself, here are the hours:

The CPC tells us the park will be open past August, as well, but will determine Fall open hours at a later date, depending on attendance and staffing.

#central park
#central park conservancy
#Hallett Nature Sanctuary
#original
Do you know the scoop? Comment below or Send us a Tip